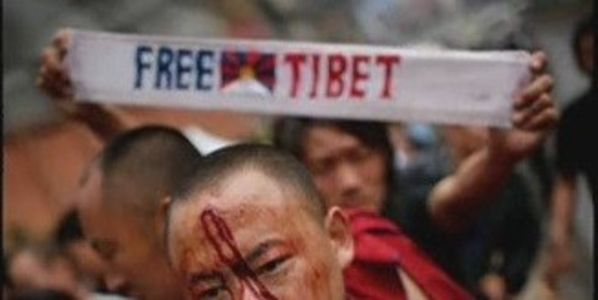 As a longtime Tibet activist, I was shocked to hear that Britain, once a protector of Human Rights, is ready to give up on Tibet.

Prime Minister David Cameron will distance the United Kingdom from the Dalai Lama during a trip to China this week as the price for restoring full business and diplomatic relations with Beijing.

As the Free Tibet group called on the prime minister to raise the issue of human rights in Tibet, Downing Street sources said Britain has "turned a page" on the Dalai Lama and Cameron has no plans to meet him in the foreseeable future.

Turning the page on the issue? The situation in Tibet is, today, worse than ever. With no outlet to protest, dozens of Tibetans have self-immolated in the past year. Celebrating the Dalai Lama’s birthday is punishable by death. Tibetans can’t turn the page - they have to live through this hell everyday.

For over 60 years, the Dalai Lama and the Tibetan people have struggled for freedom. As China opens up, there is hope that the situation will improve. For that to happen, the world needs to stand up for the 21st Century values of Freedom, Openness, and Compassion.

Instead, David Cameron is dishonouring Britain by kowtowing to China’s financial power, and abandoning our commitment to human rights.

This is a dangerous precedent for oppressed people anywhere. If Britain cares more about China’s economic clout, then who will stand up for the downtrodden?

We, ordinary citizens must. Sign this petition and let David Cameron that we won’t stand for him abandoning Tibet.

I am shocked to hear that you are taking steps to open up to China and abandon the struggle that the Tibetan people have been going through for decades against Chinese Government repression.

Britain needs to stand up for human rights and values. As long as Tibet remains under China's iron fist, we cannot move on. We cannot turn the page while they continue to suffer.

Please reaffirm our committment to a Free Tibet.