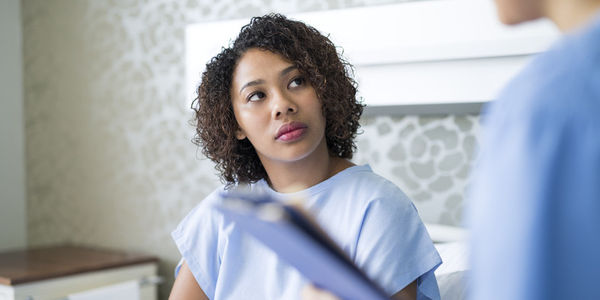 25 white male Republicans in Alabama created and got a piece of legislation effectively banning abortion state-wide through both chambers. Sadly, Governor Kay Ivey signed it into law not even one day later.

This is not a governor with her people's best interest at heart: sign on to recall her!

The strategy this bill uses to ban abortion is to criminalize providers, threatening them with up to 99 years in prison if they perform an abortion. Any abortion. Even in cases of rape and incest. The only exception is if the pregnant person's life is at risk. But honestly, talking about exceptions is just a distraction. Because under whichever circumstances a person becomes pregnant, it is their choice as to whether they would like to carry that pregnancy to term.

If this extreme law sounds like the Handmaid's Tale to you, you're not far off base. Male legislators are trying to control marginalized genders by controlling their bodies.

If this sounds unconstitutional to you, you're also correct. This bill flies in the face of Roe V. Wade, the landmark case granting people with uteruses bodily autonomy to choose whether and when they would like to become parents. But that's exactly why Alabama is doing this, they want this to go all the way to the Supreme Court and overturn Roe. They aren't even pretending otherwise. We should all be scared.

Care2 stands with groups like the ACLU, NARAL, and Planned Parenthood along with local orgs and activists that will rightfully challenge this in court before it is set to take effect in 6 months.

However, while these organizations are fighting this fight in alabama and all across the US, they need our voices to try to prevent such laws from passing in the first place.

That's where you come in: will you sign to ask for a recall of this Governor Ivey who obviously doesn't care about the wellbeing of her state?

Perhaps the most ironic thing about a so-called "pro-life" bill in Alabama is that the state also has:

But it doesn't take a genius to see that this law is not about protecting life. If it was, these legislators would do things to prevent abortion like offer comprehensive sex ed in schools, supply folks with free birth control. If they truly cared about kids, they would pass laws that give families with young kids more financial and practical support. But they don't do any of those things that are extremely "pro-life". Instead, they get fanatical about ending a medical procedure that 1 in 4 US women will need in her lifetime, more than half of whom are already mothers.

Take action now! Sign on to stand AGAINST this bill and demand a recall of Gov. Ivey now!