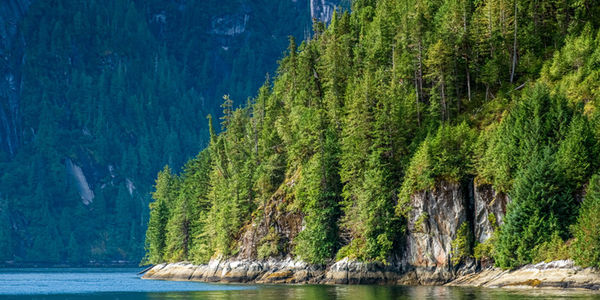 Trump tore up protections for Tongass National Forest, one of the world's largest carbon sinks.

It's clear now: Donald Trump has lost his bid to remain President of the United States, yet his reign of destruction is not over. And one of his final moves will be to ruin the environment.

Just one week before Election Day, he and his cronies posted a notice saying that he will strip the Tongass National Forest in Alaska of crucial protections. On Thursday, October 29, it became legal for corporations to run in and chop down ancient woodlands to turn into logging products. The new rule states that it "will make an additional 188,000 forested acres available for timber harvest with the majority characterized as old-growth timber."

Sign the petition to demand that Congress act immediately to replace protections on Tongass National Forest before it is utterly destroyed!

These types of unique environments act as huge "carbon sinks" that absorb a major greenhouse gas, carbon dioxide. Without them, our polluting emissions will continue to pile up faster and faster, causing worse and more rapid climate change. As Dominick DellaSala, chief scientist with the Earth Island Institute's Wild Heritage project, says: "While tropical rainforests are the lungs of the planet, the Tongass is the lungs of North America."

On top of that, Tongass is a home. Brown bears, Sitka black-tailed deer, wild Pacific salmon, and trout all flourish here in abundance. Once massive construction equipment starts coming through, carving up and upending their home, it will spell widespread death for these creatures.

According to The Washington Post, this decision by the Trump administration constitutes "one of the most sweeping public lands rollbacks Trump has enacted" during his merciless 4 years in office.

Nonsensically, Trump is still pretending he's 'great for the environment' by launching the so-called One Trillion Tree initiative, which supposedly aims to plant billions of trees. How can he even begin to purport that he loves forests when he's actively decimating them right now? On top of that, his plan to plant new trees wouldn't be sufficient to counteract all the harm from harvesting old-growth timber, since older, larger trees absorb significantly more carbon dioxide.

We can't let Trump continue to devastate our planet. He's only been in office for 4 years, but if we don't act fast, his terrifying legacy could last a whole lot longer.

The people have spoken. Trump will not be the U.S.'s next president. He has no mandate to continue ravaging the earth — instead, Congress has a responsibility to begin to transition to the will of the next president.

Sign the petition to demand that Congress stop this horrifying destruction of the Tongass National Forest! They must restore protections to this pristine and much-needed sanctuary now!
Sign Petition
SHAREShare With FriendsTWEETEMAILEMBED
Sign Petition
See more petitions:
You have JavaScript disabled. Without it, our site might not function properly.