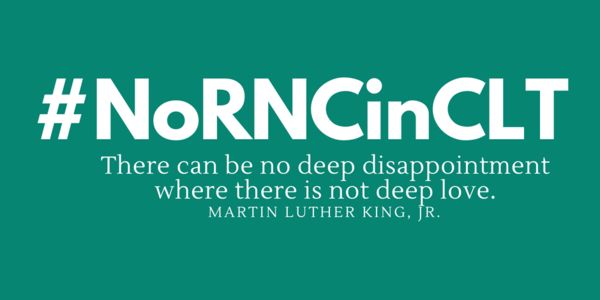 No RNC in CLT: Defend Charlotte

The 2020 Republican National Convention will be different from any other because of the uniquely horrifying Trump administration.

City leaders across the country know this. Several cities bid to host the Democratic National Convention in 2020, but only one — Charlotte — publicly submitted a bid. The other choice, Las Vegas, submitted its bid privately and against the wishes of the city council.

Although Mayor Lyles and member of the City Council have touted the economic benefits to the city with the hope of bringing the same economic impact to Charlotte's economy as the 2012 Democratic convention, all signs point to a lesser impact in 2020, considering the decreased impact Cleveland sustained after hosting the 2016 convention due to the decreased attendance because of Trump.

After four years of the Trump administration's policies that harm this country in innumerable ways, which have caused even lifelong Republicans to leave the party, the 2020 convention will be a bust, attendance-wise.

Aside from economic reasons, we call for the city council of Charlotte, a majority-minority city, to say NO to the RNC for the following reasons:

Hosting the RNC gives rubber stamp approval to everything the Trump administration has done.

The GOP values don't mirror the values of this city and for what we voted for.

Republican policies continue to hurt this city and are not what we should abet.

The Trump administration and the supportive GOP actively promote policies of racism and xenophobia.

No to subsidizing the RNC with taxpayer money.

This will end in violence and increased incarcerations

We remember the Extraordinary Events Ordinance.

No to militarizing our police force.