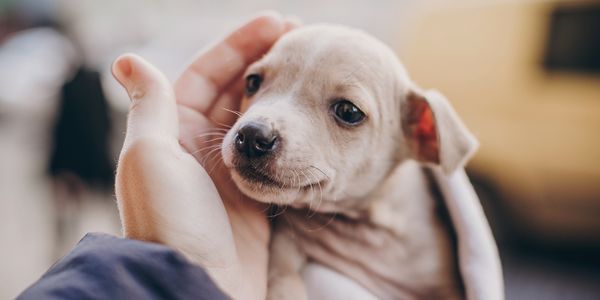 Animal abuse laws in the United States are chiefly at the state level, meaning they are varying, inconsistent, and enforcement can get confusing since that responsibility belongs to many different departments. But a piece of legislation was introduced to Congress, along with a companion bill in the Senate, that would fill in the gaps -- the Animal Cruelty Enforcement Act. If madelaw, this act would create a designated sector within the Department of Justice (DOJ) for enforcing felony animal cruelty laws. Sign the petition and urge both Congress and the Senate to unanimously vote yes on these lifesaving bills!

We can all agree -- caring for and protecting animals is one of the most important tasks facing humankind today. This responsibility is especially paramount when it comes to the animals with whom we share our homes and lives. Pets and other captive animals have to completely bend to the will of humans. Unlike wildlife, we decide where and how they live. Humans have uninterrupted access to them.

Too often, this power imbalance leads to abuse. Our pet dogs eat when we decide, making it easy for an abuser to starve a defenseless pup. Cats cannot speak, and therefore cannot ask for help if their owner is beating or torturing them. Farm animals like cows, sheep, and horses are kept in pens and cages for the entirety of their lives, making it impossible to escape if they are victims of violence. Too often, when these  abuses are brought to light, the abuser goes free because of inconsistent laws and ineffective enforcement. They then can go on to abuse more animals. It's time that we tip the scales back into our sweet animals' favor.

Every year, the Animal Legal Defense Fund rates all 50 states according to how well it protects its animals. While it's wonderful that many states take animal welfare seriously, it shines a horrifying spotlight on states that are allowing egregious abuse to go unfettered. There should be no opportunity for this ranking at all -- we need comprehensive federal legislation.

Pets are living, breathing creatures that don't have voices of their own, so it is our responsibility to lend them ours. Sign the petition if you want to see the Animal Cruelty Enforcement Act become law! Tell our United States Congress and Senate to vote yes!
Sign Petition
SHAREShare this petition with friends!TWEETEMAILEMBED
Sign Petition
See more petitions:
You have JavaScript disabled. Without it, our site might not function properly.