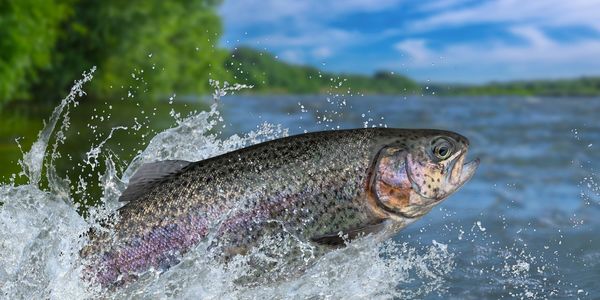 For decades, the California Department of Fish and Wildlife -- formerly known as the California Department of Fish and Game -- has been stocking many of the state's natural waterways with invasive fish species, including largemouth bass which are notorious for causing "the decline, displacement or extinctions of species'' in habitats where they are introduced. The reason these fish are being given free rein to takeover? Purely sport.

Sign the petition if you want to see the California Department of Fish and Wildlife (CDFW) stop stocking invasive fish species, and focus on supporting and cultivating local species for the health and longevity of those ecosystems!

In the United States, largemouth bass are native to the eastern and central parts of the country. But because they are very popular with anglers, or fishers, they have been widely introduced elsewhere. And they thrive -- but to the detriment of native fish, competing for food sources, habitat, and sometimes even preying upon them. Largemouth bass are extremely successful breeders and eaters -- they are basically unstoppable. And while some anglers enjoy CDFW's efforts to keep these fish stocked and ready to be caught, others don't want the money from their fishing licenses going directly towards the devastation of natural ecosystems.

Bottom line: successful sport for human pleasure is not worth jeopardizing the health of our environment.

A study published in 2013 "found that, of 121 native fish species, 82 percent are likely to be driven to extinction or very low numbers as climate change speeds the decline of already depleted populations. In contrast, only 19 percent of the 50 non-native fish species in the state face a similar risk of extinction." That means that invasive fish, introduced for human enjoyment and gain, are stealing resources and space from native species so much so that they are driving them towards extinction.

This is totally unacceptable! While fishing can be a sustainable, harmonious way to enjoy and connect with nature, this is not the way. Native California fish species such as salmon and trout, the very fish that largemouth bass are threatening, are great, tenable options for a world sport fishing where everyone wins -- anglers, wildlife, and ecosystems alike.

Sign the petition if you want to see local, sustainable fishing supported in California as opposed to harmful, invasive stocking methods!