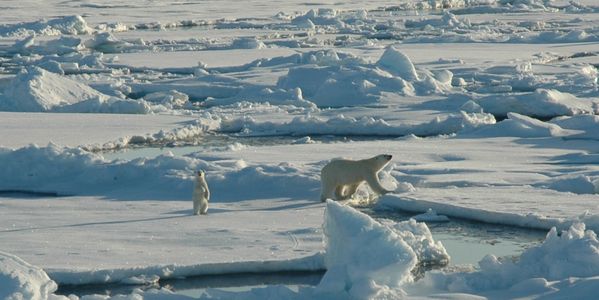 Alaska’s seas and coasts are globally significant for their diversity, expanse, abundance of fish and wildlife, as well as its historical, cultural and economic significance. Although more than half of Alaska’s lands receive permanent federal protection, none of Alaska’s federal offshore waters receive comparable protective status.

Half of the nation’s entire shoreline and three-fourths of our total continental shelf are in Alaska, and this vast area hosts some of the most abundant populations of fish, shellfish, seabirds and marine mammals in the world ocean. But Alaska’s offshore ecosystems are at growing risk from climate change, overfishing, pollution, increased shipping, and offshore oil drilling. Many Alaska marine mammal, seabird, and fish populations are in decline, and some are threatened or endangered.

The only option left to secure permanent federal protections in Alaska’s offshore ecosystems is for President Obama, before he leaves office, to use his executive authority (under the Antiquities Act) to designate Marine National Monuments in Alaska.

These Marine National Monuments should be designated in the Aleutian Islands, Bering Strait, and Arctic Ocean, and they should permanently prohibit offshore drilling, restrict trawl fishing, safely manage shipping, reduce marine debris and oil spills, enhance marine science, and ensure the recovery and sustainability of these national marine ecosystems.  They will protect salmon fisheries and marine subsistence.

Tell President Obama he can and must act unilaterally - over the parochial objections of Alaska businesses and politicians, Congress, and the State of Alaska - to immediately establish these permanently protected Marine National Monuments in Alaska. Such bold action is clearly in the national interest, and would be an opportunity to leave a powerful and positive environmental legacy of the Obama administration.