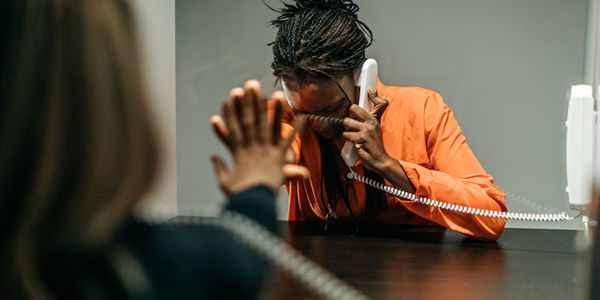 The War on Drugs ruined millions of lives. It's time for this war to end.

50 years ago, then-President Richard Nixon declared a "war on drugs."

Now, 50 years later, there is wide consensus among the public and experts alike that this war was a failure. Leaving a horrific trail of bodies in its wake, skyrocketing mass incarceration for BIPOC folks, and causing a huge balloon in our federal deficit levels from extensive law enforcement spending, it has caused nothing but pain, sorrow, and tragedy.

And it's time for this war to end. That's why Democratic members of Congress just introduced a new bill called the Drug Policy Reform Act (DPRA) to stop this injustice by federally decriminalizing the possession of drugs.

This bill is long past overdue. Sign the petition to demand that the U.S. Senate and House of Representatives pass this legislation now!

The DPRA would do more than just stop criminalizing individuals who possess or personally use drugs, including marijuana. It would also remove these types of drug-related arrest and conviction records from individuals' case files, meaning non-violent people who simply needed to unwind or fell prey to an addiction would no longer be considered felons or criminals.

Expungement isn't just about how we think of ourselves or what the paper trail reads. It's also about jobs, housing, and creating a secure future. Having a drug-related felony on one's record can currently preclude you from being hired, can get you fired, can prevent you from finding housing, and can disrupt your entire life — leaving you bankrupt, homeless, or without a family.

These types of punishments don't even lead to any real improvements in individuals' lives or in communities. Instead, the cycle perpetuates itself, in which marginalized folks who need opportunities and support are relegated to the bottom of society, where they are pushed back down over and over again. This has broken generations of families and made our entire society worse-off.

Ending the War on Drugs is crucial to creating any kind of future based on social justice. We need this legislation to pass NOW.

Tell Congress to pass the Drug Policy Reform Act and start healing this particular injustice that's been entrenched for 50 years!
Sign Petition
SHAREShare this petition with friends!TWEETEMAILEMBED
Sign Petition
See more petitions:
You have JavaScript disabled. Without it, our site might not function properly.

Care2
The War on Drugs ruined millions of lives. It's time for this war to end.
SHARETWEET