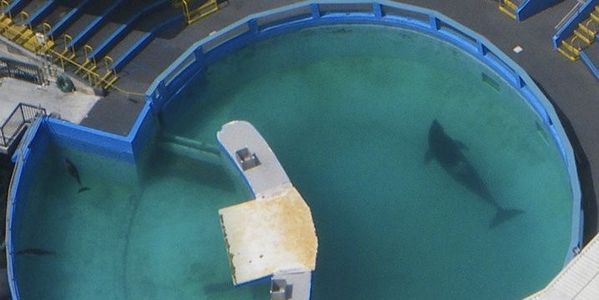 LOLITA THE ORCA NEEDS US AGAIN

THE FB PG. DEDICATED TO HER IS HERE:

THE TWO LINKS ARE NO LONGER ANY GOOD.  THE BEST WAY TO CONTACT THEM IS VIA SNAIL MAIL.

You Can Help Lolita!
Contact Palace Entertainment and ask that Lolita be released back into the waters of her birth.

NOT A GOOD LINK

NOT A GOOD LINK

SAMPLE TEXT: (It's best to use your own words, and all are welcome to include any of the information provided in this announcement above. And please remember to be polite and positive for her freedom.):

I am writing in response to the recent announcement that Palace Entertainment has been authorized to purchase the Miami Seaquarium. I'm sure you are aware of the controversy surrounding Lolita, an orca at the Miami Seaquarium who for nearly 45 years has lived in a small concrete tank, without the company of another orca.

Lolita was captured from the waters of Washington State where her mother "Ocean Sun" and extended family (L-Pod) still live. Marine mammal experts have proposed a plan* in which Lolita would be transferred to a coastal sea pen, and, once she re-learns the skills necessary for survival, rejoin her family in the wild.

I urge Palace Entertainment to allow Lolita to be rehabilitated and released into her native waters. Her release has the highest likelihood of a successful reunion. Such a decision would bring tremendous positive publicity to your company!

CALL to ACTION & please "Share" for Lolita!
Palace Entertainment, a California-based amusement park company, has been authorized by Miami-Dade County Commission to purchase the lone Orca "Lolita" from the Miami Seaquarium (MSQ). This is an opportunity to ask that "Lolita" be released back into the waters of her birth– a request that has been repeatedly denied by MSQ's current owners.

Lolita has suffered in the same barren tank at the Miami Seaquarium for close to 45 years. She lives a solitary life, performing in depressing daily shows for tourists. Her tank is the smallest for an Orca in North America, and despite being in violation of the Animal Welfare Act, the Animal and Plant Health Inspection Service (APHIS) has yet to acknowledge these glaring discrepancies.
Additional info: http://www.orcanetwork.org/Main/index.php?categories_file=Lolita

Lolita was captured from the waters of Washington State where her mother "Ocean Sun" and extended family (L-Pod) still live. L-Pod is a resident group of orcas which researchers have sighted regularly over many decades. The key factor standing between reunion of Lolita with her pod has been refusal by the Miami Seaquarium owners to allow for her retirement. Marine mammal experts have proposed a plan☆ in which Lolita would be transferred to a coastal sea pen, and, once she re-learns the skills necessary for survival, rejoin her family in the wild. Even if it is determined that Lolita is unable to recover from the years spent alone in a tank, she deserves to live as natural a life as possible.

At the Miami-Dade County Commission hearing, commissioners expressed concerns about the orca Lolita!
• Commissioner Xavier Suarez asked, "is there something that can be contemplated [to help Lolita]?"
• Commissioner Barbara Jordan asked, "Is there a retirement program for whales?"

Please respond to let me know what you will do for Lolita.