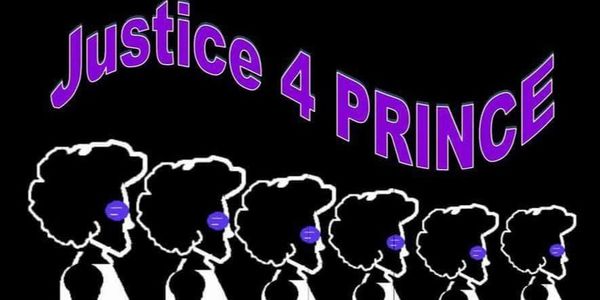 Re: Petition for Grand Jury to investigate Prince's Death!

Re: Petition for a Grand Jury to investigate Prince's Death!

We, the undersigned and the signatories to this Petition, are writing to respectfully petition that a Grand Jury investigation be undertaken to uncover the complete truth about the death of Prince Rogers Nelson (aka "Prince" or "Prince Roger Nelson) -- whose sad and untimely demise occurred on April 21, 2016.

The Grand Jury investigation will enable relevant parties to be subpoenaed and cross-examined under oath by experienced prosecutors.

On April 19, 2018, we heard the Carver County Attorney, Mark Metz, announce at the press conference held at the Carver County Justice Center the closure of the investigation and that no charges would be filed in relation to the death of Prince.

We noted that Dr. Schulenberg has agreed to pay $30,000 in a civil settlement with the U.S. Attorney's Office for violation of the Controlled Substances Act due to his prescription of a controlled medication under Kirk Johnson's name for Prince.

We also noted that Andrew Kornfeld, was not castigated for violating the Controlled Substances Act. Although he is not a medical doctor, he carried, interstate from California to Minnesota, a controlled substance that he was not authorized to handle or administer and then sought to protect himself by using the "Good Samaritan" law to call 911.

The red flags that we noted include:

There is ample evidence to support the fact that Prince had several plans which do not support the narrative that he may have taken his own life. Prince was working with a new band with young musicians on a new album; he released a new album and a song from an upcoming new album; started writing his memoirs for a book which the publisher will release later this year; ordered several new shoes for his Summer tour; ordered a custom designed Alpha Piano in Austria for his upcoming "Piano And A Microphone" European tour; received a brand new piano from Yamaha, and also a new custom guitar; asked the Musical Director who did orchestral compositions for his albums to block time on his calendar in the Summer so they could work on a new Minneapolis sound following the release of his song "Baltimore"; renovated the Sound Stage at Paisley Park to host his solo 'Piano And A Microphone' concert and planned concerts for various artists; was mentoring several young musicians; and reached out to  several previous colleagues.

Due to the Interstate and International nature of Prince's work, we humbly and respectfully request that US Attorney Erica H. MacDonald convene a Grand Jury, as soon as possible, to properly investigate Prince Rogers Nelson's death. All Prince's associates, employees, managers, tour managers, bodyguards, attorneys, relatives, ex-wives, girlfriends, proteges, musicians, close friends, business associates, vendors he collaborated with, and executives of music industry firms that Prince had contractual relationships with should be subpoenaed to testify under oath so that the true circumstances surrounding the untimely and unfortunate death of Prince can be determined without a shadow of doubt! Anything less is unacceptable!

Otherwise, we are left with a very painful reminder that the State, City and community that Prince so loved, and made famous worlwide, abysmally failed to properly investigate his unfortunate death and grant him the justice he so deserved.

Thanks in advance for your kind cooperation and prompt attention to this matter!

Signed by the following who represent various "Truth and Justice for Prince" groups: