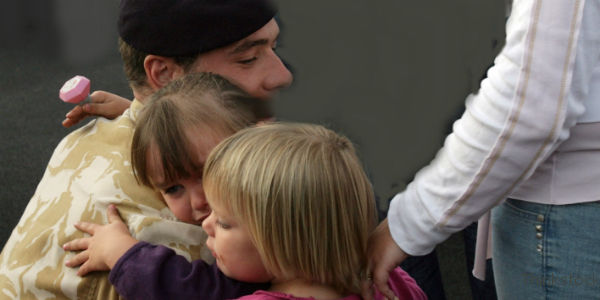 Sometimes children must be taken from parents, but due to the certain trauma and problems it creates, this extreme measure used to be rare. Nowadays, however, taking children from loving homes is big business.

Although the mainstream media rarely covers them, CPS horror stories abound. In one recently reported, CPS in Michigan had police seize kids from parents camping on their newly acquired land. If not for laws protecting Native Americans, this couple might still be fighting for their kids - as is too often the case.

This is NOT what the US and state Departments of Health and Human Services say they are about. But although these agencies claim to promote Family Preservation, they have no regulatory power over local Child Services agencies they fund.

National Coalition for Child Protection Reform exposes the financial incentives fueling CPS abuse and egregious violations of due process supporting it. Two major problems are misuse of the 1997 Adoption and Safe Families Act and closed hearings. NCCPR also points to studies that overwhelmingly support Family Preservation over Foster Care The studies found that, in general, “Children left in their own homes” do “far” better throughout life “than those placed in foster care.”

This dark stain on America's claim to protect human rights may be its best-kept secret, for few attorneys will take on what one referral agent called “the mafia.“ It’s past time for reform of CPS tyranny and a repeal of the Adoption and Safe Families Act that finances it.

We, the undersigned, say there should definitely be strict oversight of all Child Protective Services agencies and repeal of any laws that provide incentives for abuse.

The lack of regulation and oversight of these agencies, the abuse of the Adoption and Safe Families Act, the failure of the media to report on child removal cases (partly because most hearings and records are not open to public scrutiny), and the reluctance of competent attorneys to take these cases create a situation ripe for abuse. Unless effective changes are made, it is one that will continue destroying families and impairing and traumatizing children, perhaps long-term.

Attorney Shawn McMillan in California is one of the few attorneys who has the means, courage and integrity to take on cases against CPS, and in doing so, he has heard from parents all over the country, many with stories that document the same tactics being used by agencies everywhere, including false allegations, omitting exculpatory evidence, and violating parents’ and caretakers’ statutory and constitutional rights to even respond to the allegations being made against them. McMillan has found in many cases that CPS does not even obtain a legal warrant before law officers are instructed to break into homes and terrorize families and especially children, whom they remove screaming for their parents. Literally thousands of children have been unlawfully removed from their homes, he alleges.

Several decisive actions should be taken to end this tyranny, beginning with an independent investigation of every child removal case in America and an immediate return of all children to their homes in cases where removal was not legally supported or where there was no clear, proven evidence of abuse or neglect.

But perhaps the first and most influential action taken should be the repeal or reform of the Adoption and Safe Families Act so that financial incentives will support family preservation over child removal and foster care.

We call on Congress to take immediate action on this national emergency.

We appreciate your serious consideration of NCCPR’s research and our call for reform.