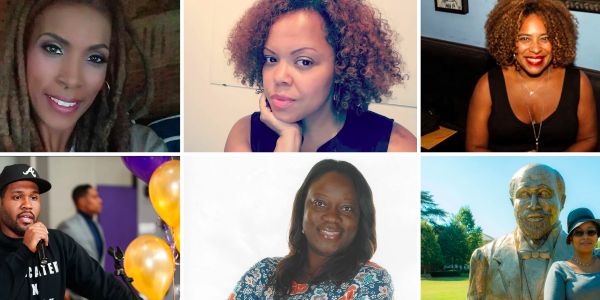 The Grammy's Should Honor the Brave Leaders Working to #MuteRKelly

For 25 years, R&B singer Robert "R" Kelly has sexually, physically, and emotionally abused dozens of young black girls and women. From knowingly marrying 15-year-old singer Aaliyah when he was 24 to "grooming" underage girls to be his "sex pets" in his 50s, R. Kelly's manipulative and predatory behavior has been out in the open for years.

Yet somehow, despite numerous allegations and ample evidence of abuse, R. Kelly's music career and reputation have managed to survive relatively unscathed. Like many rich and famous predators who came before him, R. Kelly has relied on the entertainment industry to turn a blind eye, allowing him to abuse girls and young women with impunity.

But thanks to the persistent work of #MuteRKelly, a group of activists who have made massive strides in raising awareness about his crimes, it looks as though time may soon be up for R. Kelly. Which is why we're asking The Recording Academy to honor #MuteRKelly activists at this year's Grammy Awards.

Like Sony, RCA Records, Live Nation, Spotify, and countless other music industry institutions that have continued to promote and profit off of R. Kelly, The Recording Academy has also been willing to overlook his long, storied history of abuse for their own benefit. Since 1996, R. Kelly has been nominated for 25 Grammy Awards, many of which came even after he was indicted on 21 counts of making child pornography.

It's time for the music industry to stop promoting and celebrating an emotionally abusive sexual predator — and The Recording Academy has the opportunity to lead the way.

Please join in asking The Recording Academy to take a real stand for girls, women, and survivors of abuse. Sign the petition to demand that the Academy recognize the brave work of #MuteRKelly leaders by inviting them onstage to present "Record of the Year" at this year's Grammy Awards.
Sign Petition
SHAREShare this petition with friends!TWEETEMAILEMBED
Sign Petition
See more petitions:
You have JavaScript disabled. Without it, our site might not function properly.