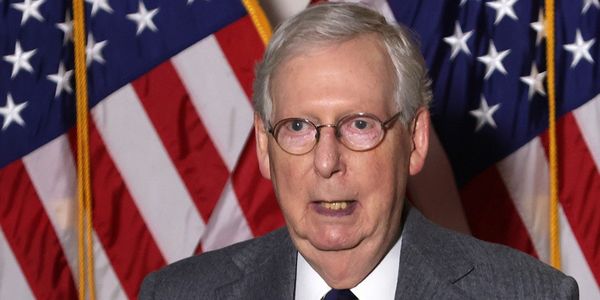 Demand McConnell hold a vote on the House-passed bill to get Americans $2,000 relief checks!

The House has overwhelmingly passed legislation that would provide $2,000 relief checks to the American people amidst the financial devastation of the pandemic.

President Trump, despite showing no support for the idea for months that Democrats called for it, has pledged to sign the bill into law.

But Senate Leader Mitch McConnell won't even bring it up for a vote in the Senate.

This betrayal of the American public is repulsive and deadly. We must refuse to stand for it.

Add your name to demand McConnell hold a Senate vote on the bill to give Americans the $2,000 relief checks they desperately need!

Of course, Trump is not actually supporting the bill to help families. He's mad at McConnell for refusing to back his baseless voter fraud fantasy more than five weeks. Now, he's backed the senator into a corner where he must either defy his party's leader on a popular initiative or stick to his cruel, conservative, let them starve principles. If Trump had wanted to get people direct payments he could have gotten it done months ago.

It doesn't matter. This is not about political wins or partisanship. It's about getting American families the help they need and deserve.

Add your name to demand McConnell immediately hold a vote on the $2,000 direct payments to Americans in need!

Care2
Demand McConnell hold a vote on the House-passed bill to get Americans $2,000 relief checks!
SHARETWEET