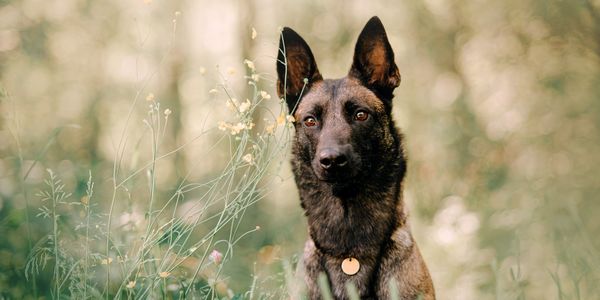 They forced this dog into dangerous situations which led to him being brutally stabbed...twice

Ice, the sweet Belgian Malinois with a giant goofy grin, did not know why he was sent into the forest on that summer day. He was just following the commands of the person who trained him, spent his days with him, and who was supposed to keep him safe. Ice followed orders, chasing down a person who stabbed the sweet pup brutally, over and over, a total of 9 times. The incident left Ice's head battered and one of his cute, perky ears in tatters.

Ice is a police dog with the U.S. Forest Service, and the day he was attacked his officer made him chase down someone who was growing marijuana -- a substance that is legal in the state of California.

This violence is unwarranted, tragic, and avoidable. Sign the petition if you want the U.S. Forest Service to retire Ice at once, and to stop using dogs altogether to do their jobs for them!

While large non-licensed marijauna grow operations, like the one in the situation, are not legal, having one is not a dangerous offense -- siccing a trained dog to hunt down a perpetrator in this situation is a complete misuse of power. In fact, it very likely escalated the situation unnecessarily. Anyone being chased by a large, powerful dog would react in fear and self defense. Had Ice not been coerced into going after the man and law enforcement done their job themselves, this violence never would've taken place.

As if this heartbreaking situation wasn't bad enough, this is not the first time that Ice has been violently attacked in a marijuana-related incident. The poor pup was stabbed four times during a raid in 2016. It is lucky that Ice survived even one of these attacks, let alone both.

Too often, drug-related crimes are used as an excuse for excessive force -- of which using a police dog is an example. By sending in a dog and forcing it to attack, law enforcement instigated the violence in both cases. Their actions are dangerous, thoughtless, and are to blame for what happened to sweet Ice.

Dogs are born into this world with very little free will of their own. We decide everything for them, and so it is up to us to give them the best lives possible. Ice has no say in his job as a U.S. Forest Services police dog, nor does any other police animal. These animals are made to endure danger, stress, and violence daily, with no choice to opt out. Instead, we should be focusing on the training of law enforcement officers who used their free will to enlist in such a dangerous job. With intentional training and modern technology, police animals and the needless pain they experience could become things of the past.

Sign the petition if you want the U.S. Forest Service to stop forcing dogs to do their bidding and placing them in dangerous situations! They must retire Ice at once, and make sure no other pups meet his fate.

Care2
They forced this dog into dangerous situations which led to him being brutally stabbed...twice
SHARETWEET