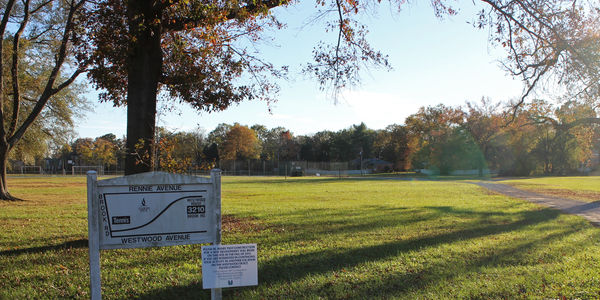 Correct the Zoning of the Westwood Tract

The Petition below asks the Board of Trustees of Union Presbyterian Seminary to consider the new evidence regarding the zoning errors associated with the Westwood Tract. We assume the Trustees were not aware of these facts when they authorized their joint venture to build the apartment complex on the Westwood Tract.

Please also consider signing the Statement of Support: A Limited Rezoning of a Portion of the Westwood Tract

PETITION BY FRIENDS AND NEIGHBORS OF UPS

Our Petition to the Board of Trustees of Union Presbyterian Seminary

To Correct the Zoning of the Westwood Tract

WHEREAS, in the early 1900s Union Presbyterian Seminary (“UPS”) acquired the City of Richmond (“City”) block known as the Westwood Tract.  The initial zoning was B-3 allowing only single family homes.

WHEREAS, in the years since 1953, through no action of UPS, but through simply the errors of the City related to rewriting of its zoning code twice and reissuing of its zoning maps several times, the Westwood Tract was re-designated as R-53, which permits high density, multi-family development.   In addition to this change, the single-family buffers along Loxley and Rennie Avenues were deleted.  Similarly, during this period the UPS Quad City block and the Veritas Campus City block were re-designated R-53. The current zoning map of the three blocks is attached as EXHIBIT F. Given this zoning designation, the three blocks combined have a right to build over 1,850 apartment units by right.

WHEREAS, in 2012 UPS asked the City to explain what the zoning rights are for the Westwood Tract.  The Zoning Administrator issued an opinion dated May 16, 2012 (copied as EXHIBIT H), stating the entire block was zoned R-53.  This designation permits one living unit per 1,250 square feet of land and therefore more than 1,150 apartment units are permitted by right on the block. The Zoning Administrator erroneously states that the file history at the City regarding the 1953 re-zoning is not available and, therefore, he states he does not know of any restrictions or even which party asked for the 1953 change.  Finally, he stated that “as the Property is currently an institutional use” every structure on the Westwood Tract is non-conforming to the zoning code.  Thus, even though UPS asked for the 1953 zoning change to permit their planned educational uses of the property and even though the City granted what UPS requested, due to the multiple re-designations since 1953 by the City, the City now says nothing on the block conforms to the zoning code.  The zoning administrator then erroneously assumes all the structures on the block were built before the zoning designation was changed.

WHEREAS, the mistakes in the zoning opinion have now been revealed, and in our opinion the zoning error on the Westwood Tract, and on all three blocks that make up UPS and Veritas, are self-evident.  It is obvious the City never intended, and the neighborhood would never have permitted, a rezoning that permits over 1,850 apartment units in the center of a low density, single family neighborhood.  Clearly the intent was for this to be zoned Institutional, but with the single-family buffers along Loxley and Rennie.  This is clearly reflected in (i) the correspondence in the City 1953 file; (ii) the 1953 minutes of the City Planning Commission; (iii) as to the buffers, the words of the City Council 1953 Ordinance adopted; (iv) the use of all three blocks by UPS over the past 65 years; (v) the fact that every single one of the buildings on all three blocks are non-conforming if the three blocks are R-53.

WHEREAS, these errors have been brought to the attention of the City Zoning office and their immediate response is that legal technicalities of “vesting” and “reliance” on their errors, and similar technical arguments mean their zoning mistake must stand even if they are in error and it may not be possible to reverse the error without the consent of the land owner.

WHEREAS, the undersigned neighbors and friends of UPS ask the Board of Trustees to consider these facts carefully. We assume the Trustees were not aware of these facts when they authorized their joint venture to build the apartment complex on the Westwood Tract.  We hope they will disagree with any technical arguments, and any other suggestion that time makes a wrong into a right.  Instead we ask that they correct these zoning errors for the good of the community, a community they have anchored, strengthened and been such a good neighbor to for over a century. Maintaining this strong relationship between UPS and the neighborhood means a great deal to us. Further, this land is steeped in history from the 1700s through the 1900s and its use should honor and preserve that history appropriately.

THEREFORE, we ask the Board of Trustees to act to correct the zoning of the Westwood Tract and the UPS Quad by changing the zoning to Institutional, and, as to the Westwood Tract, to keep the single-family buffers along Loxley and Rennie Avenues as stated in the 1953 City ordinance granting the original, and only, rezoning request by UPS.

In the "Why is this Important to You" box on the right, please state if you are a neighbor or a friend or both to UPS. If you are a friend and prefer to remain anonymous, please give your connection such as "student in the 70s" or "professor or staff for more than __ years".  If you are a neighbor, please be sure to include your address so we can provide a map to the Board of Trustees to show where the signers of the petition live.

We also urge you to consider signing the Statement of Support to the Board of Trustees of Union Presbyterian Seminary:

GO TO STATEMENT OF SUPPORT: A LIMITED REZONING OF A PORTION OF THE WESTWOOD TRACT

Care2
Correct the Zoning of the Westwood Tract
SHARETWEET