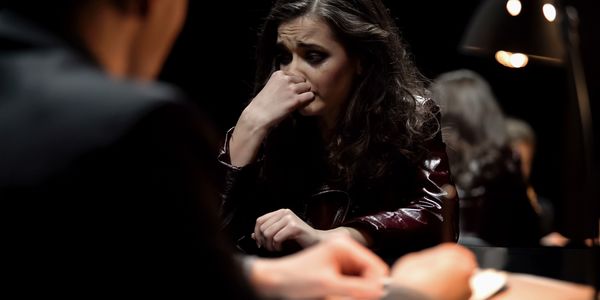 Police Accused Her of Making up Her Rape, Then Destroyed the Evidence

When Gretchen Van Winkler was raped in 1995 by a stranger who broke into her home, she went straight to the police. At first, she thought her case was in good hands -- the two women detectives seemed to take her case seriously and DNA was found at the crime scene. Six months later, the same detectives were suddenly cold and cruel, aggressively interrogating her. Van Winkler described her later experience with the detectives as "being attacked again." In 2019, Van Winkler requested new DNA testing, only to learn that her rape kit had been destroyed -- along will all evidence from the crime scene. It turns out Van Winkler's situation isn't unique -- Fairfax County police found the same detective on her case was responsible for the destruction of dozens of unsolved felony sexual assault cases.

Sign the petition to urge the U.S. Department of Justice investigate the Fairfax County Police Department for its destruction of rape kits!

In 1995, the two detectives on Van Winkler's case -- Cynthia Lundberg and June Boyle -- put her through a "tense, hours-long interrogation" urging her to identify her assailant from mug shots of Black men, when her attacker had olive skin, and eventually, accusing her of making the story up. Van Winkler wanted to move on, but the experience was traumatic. "These were the very people who were supposed to help -- who could she turn to?" Lundberg and Boyle have since retired and declined to comment on the story.

After learning that her rape kit was destroyed, Van Winkler requested a disposition of all Lundberg's investigations between 1994 and 1997, when Lundberg was a sex-crimes detective. "Van Winkler was floored when she got a spreadsheet that showed evidence was destroyed or missing in 47 unsolved cases -- roughly half the investigations Lundberg undertook during the period." Fairfax County Police said the majority of evidence destroyed was from felony sex crimes, but they denied a public records request for more information.

Van Winkler's case is part of a larger problem: hundreds of rape kits have been destroyed at police departments across the country in recent years. The Fairfax County Police Department must be held accountable to finally set a precedent.

Less than 1% of instances of rape result in a felony conviction. It's no wonder that victims do not want to be retraumatized by police and medical examinations to still most likely have their attacker walk free -- only about 31% of rapes are ever even reported to police.

Sign the petition to urge the U.S. Department of Justice investigate the Fairfax County Police Department for its destruction of rape kits!

Care2
Police Accused Her of Making up Her Rape, Then Destroyed the Evidence
SHARETWEET