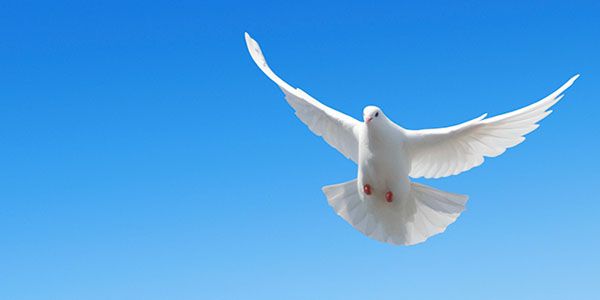 End the Madness of Christians Suing Christians in the Episcopal Church !

The Episcopal Church (TEC) Leadership has initiated litigation in more than 94 lawsuits against their own dioceses, parishes, clergy, and volunteer vestry members seeking to leave TEC because of Christian Conscience. They wish to depart with their parish property their vestry built, maintained, and hold title, their savings and checking accounts and chattels that include their Prayer Books and Bibles. TEC has elected to resort to the secular courts and spent more than an estimated $40,000,000 of church funds in the dispute. These lawsuits include sixteen states: California, Colorado, Connecticut, Florida, Georgia, Illinois, Massachusetts, Nebraska, New York, Ohio, Pennsylvania, South Carolina, Tennessee, Texas, Virginia, and Wisconsin.

The undersigned Christians call upon the Executive Council of the Episcopal Church to end the persecution of Christians and immediately seek a peaceful solution with an Accord agreeable to all parties; to end the 80 plus secular lawsuits with negotiations at the Diocesan Level, reinstate the 700 clergy that have been removed  and deprived of their ordination rights to administer the Holy Sacraments, and recognize and support the departed church bodies as legitimate members of the World wide Anglican Communion.

Litigation is not how Christians resolve conflicts with each other.(I Cor.6:6-10)

This dispute could be resolved with the Episcopal Church, in fact their Canons and Constitution require it. Such violations of their own Laws require Christians to hold those Leaders accountable and end their transgressions upon the Faithful.

The parishioners and clergy departing TEC are not mean-spirited people in an “organization who wants to put us out of business" as the Presiding Bishop has reportedly said. To the contrary, they are fellow Christians who are faithful people acting out of Christian conscience, and they should not be subject to wolves in the Episcopate (Mt. 7:15; Acts 20:29 ).

The undersigned Christians hereby petition the Executive Council of the Episcopal Church to end the current dispute between the Episcopal Church and its departing members, clergy and dioceses;  to immediately seek an accord agreeable to all parties that will terminate the 80 plus lawsuits with negotiations at the diocesan level, reinstate more than 700 removed clergy, and recognition and support of the departing church bodies as full fledged members of the Anglican Communion.

Christians should not be suing their Brothers and Sisters in Christ.(1Cor.6:6-10)

The litigation and punitive administrative actions are a discredit to all Christians as they contradict (1) Christ’s teaching to be charitable and loving towards fellow Christians (Mt. 5:43-48); (2) apostolic instructions not to sue other Christians (1 Cor. 6:1-7); (3) policies of past Presiding Bishops allowing parish departures with property; and (4) practices of other denominations (e.g., Presbyterian and Lutheran). When the Israelites were called by God to leave Egypt, they were allowed to leave with their property (Ex. 12:31-36). The Episcopal Church should do nothing less.

Bradley Hutt and Laymen of the Church

Care2
End the Madness of Christians Suing Christians in the Episcopal Church !
SHARETWEET