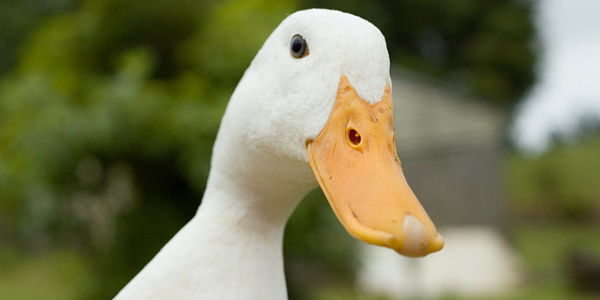 An Elderly Couple Fed the Ducks. Now They Could Lose Their Home as a Result.

An elderly retired couple is currently facing a lawsuit demanding they pay up to $250,000 - all for feeding some ducks in the community where they live. And now, as a result, they have needed to put their house up for sale. And if they don't successfully sell it, the homeowners association (HOA) is threatening to foreclose on their home.

Who are the heartless people that would do this to an elderly couple? A couple who, of all things, showed care and compassion towards innocent animals?

The wife and husband duo, who are 65 and 70 years old respectively, bought their home after their daughter died around 10 years ago. They needed someplace serene and healing to live after such a devastating and heartbreaking loss. So they chose a house in Cypress, Texas, just northwest of Houston, with a porch overlooking a lake area filled with peaceful ducks.

Caring for the ducks brought deep comfort to the grieving pair. Due to his mobility issues, the husband often sits in an outdoor rocking chair on the porch, taking in the view. His wife, meanwhile, took to mothering the animals around the community, noticing that many of the ducks did not look properly wild - but were likely former pets, domesticated and then dumped by their owners, and unsure of how to fend for themselves. So she did her research, and began feeding them healthy nutritious snacks.

But others in the neighborhood didn't care about the couple's past pain, or the tenderness they were showing these animals. Some other homeowners apparently made it their mission to complain about this duo. Why were they so up and arms? Because of some poop and an obsession with the state of their "perfect" yards. As if that were more important.

That's when the homeowners association (HOA) decided to come after the couple - slamming them with a lawsuit that could require them to pay a quarter of a million dollars. But the lawsuit doesn't even make any sense, because the neighborhood rules don't contain any clauses that expressly prohibit feeding ducks. That validates these individuals aren't doing anything wrong!

Still, the husband and wife are afraid of having to pay such high fees - with money they simply don't have. So they're preparing to sell their long-beloved home. When talking to a reporter and reflecting on the probability of moving, they both mentioned the ducks first, saying: "I'm going to miss them terribly."

This couple needs the ducks. And the ducks need them, too! Animals have a right to exist, to make friends, to poop, to eat – simply put, to live. Demonizing these ducks and the people who are kind to them is unnecessary and deeply disappointing. We should be better than that!

These neighbors and the HOA care more about their unimportant yards and lawns than an elderly couple's retirement home, and healing from the pain of their daughter's death. This is unconscionable.

Sign the petition to demand that the Lakeland Village Community Association in Cypress, Texas drop their unreasonable and unfounded lawsuit against this kind-hearted couple! No retired person should be forced into such a horrible position, or have to lose their home. Stand with these compassionate animal lovers now!
Sign Petition
SHAREShare With FriendsTWEETEMAILEMBED
Sign Petition
See more petitions:
You have JavaScript disabled. Without it, our site might not function properly.

Care2
An Elderly Couple Fed the Ducks. Now They Could Lose Their Home as a Result.
SHARETWEET