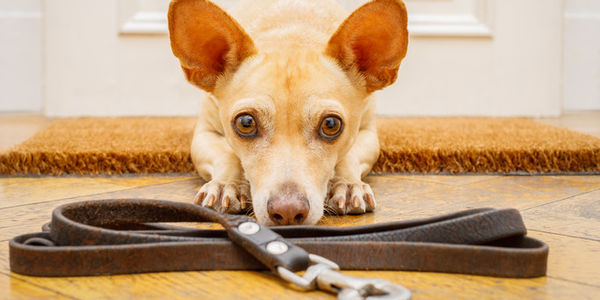 Without leashes, dogs regularly end up maimed, attacked, and dead

Dog owners in most U.S. cities are required to keep their pets on leashes. And it makes sense: without leashes, our furry beloved friends could wind up lost, injured, or worse — and, in fact, that's exactly what happens everyday to countless pups all across the country.

Whether it's running out in traffic and being hit by cars, snapping at children who don't understand not to touch, or being on the receiving end of attacks from other dogs and animals, there are lots of dangerous situations that leashes can help prevent. Yet in many cities, dog-parents seem to think life would be more idyllic if dogs could just trot alongside them freely, off-leash. This can sure sound nice in theory, but in practice, it's a whole lot of accidents — or worse — waiting to happen.

The problem is particularly acute in idealistic San Francisco, where dog owners are famous for treating the entire city as though it were one big, off-leash puppy playground.

Sign the petition asking San Francisco to educate the public about animal safety and leash laws, and to create fenced-in off-leash areas!

Even though San Francisco's health code mandates that all dogs must be on a leash 8 feet or shorter whenever outside of their owner's personal property, enforcement is extremely lax, and this regularly leads to tragedies. Even though the city provides ample space that is specifically set aside for off-leash playtime, this doesn't seem to be enough for some pet-parents.

On top of that, most of the city's off-leash areas are unenclosed, meaning that once dogs have been released from their harnesses, they are free to run — anywhere. Including out of the special spaces, and right in front of bikes, cars, and massive city buses. This is a common concern in one popular park, Alamo Square, near the famed "Painted Ladies" houses from Full House. Bus drivers along that route report regularly having to careen to a halt with all their might on the breaks because of dogs galloping down the park's green hills and right out into the street.

One mistake that many loving dog owners often make is assuming that, because their dog is well-trained and predictable at home, that means all other dogs are equally tame. Unfortunately, this is just not the case. While your pup might seem safe to roam, it could roam right up to another animal — potentially one that is not safe. Even when the parent of a more territorial, fear-aggressive dog has been careful and taken full precautions by leashing their animal while walking outside, if your sweet little chihuahua runs up to this animal, they could be entering a whole world of danger — one that you could have prevented. Without a leash on your baby, there's no way to pull them back to safety in time.

Even worse, depending on local laws, if your dog is found guilty of playfully (or not-so-playfully) nipping at a child while outside, your pup could be forcibly euthanized by local officials. And again, even if your animal is extremely well-trained, other people's children are unpredictable. In the blink of an eye, a grabby kid could yank on the canine's ear or rush up while screaming, making your fur-baby think it's under attack. And if that kid's parents press charges against your dog, the penalty for harming a young human is often death.

Of course we all want our animals to experience freedom and fun — but we also want them to remain safe and, even more importantly, alive. If we truly value our pets' happiness and well-being, the first step is making sure they can't get in harm's way. It's the same reason why parents are required to put children in car seats and make sure their seat belts are fastened when riding in vehicles. Surely we all love our animals as much as that.

As pet parents, our number one duty to our animals is to protect them and care for them. Otherwise, we are failing in our most basic responsibilities. Anything less is negligence.

Help us protect innocent animals from harm! The world is full of factors that are out of our control, but at least one thing that is in our control is leashes. Tell the city of San Francisco to create safe, fully-enclosed areas for dogs to roam off-leash — and away from traffic — and to launch a city-wide public education campaign to teach dog owners that leashes save lives!
Sign Petition
SHAREShare this petition with friends!TWEETEMAILEMBED
Sign Petition
See more petitions:
You have JavaScript disabled. Without it, our site might not function properly.