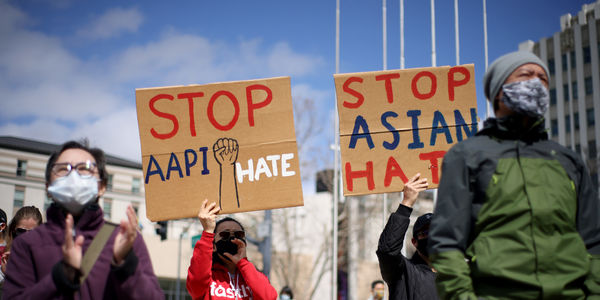 Prosecute the Atlanta massage parlor shootings as a hate crime!

Blood at the crime scenes was not yet dry when Robert Aaron Black began insisting that bigotry was not a motive in his murder of eight people, including six Asian American women. But we've seen this before.

In the year leading to this horrific tragedy, at least 3,800 acts of violence and discrimination have been perpetrated against the Asian Americans and Pacific Islanders (AAPI) community, and all too often we hear the same thing: this was not a hate crime.

Nonsense. These are clearly hate crimes, and they must be treated as such.

Long claims that he was motivated by sex addiction, further playing into a centuries-long, often violent hyper-sexualization of Asian women by white males. In fact, he is admitting, albeit unwittingly, the hateful bigotry that drove him.

Bigotry against Asians did not begin when Donald Trump began scapegoating Chinese people for his disastrous coronavirus response. But it did kick it into a horrifically high gear, and it is passed time to end it.

Acknowledging reality is the first step.