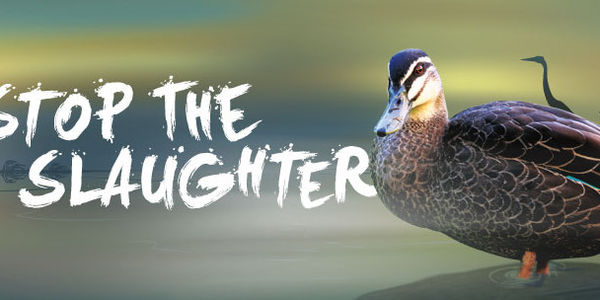 Furious villagers are taking on an international watercress company after it won permission to shoot ducks and other birds. The firm, called The Watercress Company, with farms across southern England and in the US and Spain, says the ducks are "pests" and must be blasted out of the sky.

Bosses of the company, one of the two biggest producers and suppliers of supermarket watercress in the UK, say their profits are being hit because the birds are munching and defecating on their crops of cress in picturesque Headbourne Worthy, near Winchester, Hants.

But villagers are outraged, saying the firm has won a blanket licence to "shoot anything that lands", even baby ducks, on its Springvale Farm.

Sandy Whorwood, who lives next door to the farm, said she angrily challenged a man who was standing near the watercress beds and toting a shotgun.

"I was incensed. The company got themselves a licence earlier this month to kill everything that lands - ducks, even if they have got ducklings.

"It is not acceptable. There is a public footpath, gardens, livestock, a farm shop nearby. When I saw the man with a gun I yelled at him and told him to go away and he has gone."

Her husband Harry is chairman of Headbourne Worthy parish council, which has fired off an email to the cress farm describing how councillors feel "revulsion and distaste at this despicable action".

Mr Whorwood added: "Apart from harming your existing harmonious relations with the community, and damaging your conservation record with your major supermarket customers, a gunman shooting in a residential area with footpaths, a busy farm shop, horses in fields, domestic garden pets, and pedestrians using the surrounding pavements is a danger to public health.

"I have been further instructed to take the matter up with the police and Winchester City Council to ensure that the safety of both the wildlife and public is maintained.

"Whilst we appreciate that you are a farming business, there is still unease at your proposed pest control plan and the effect of this on wildlife, and concern that total eradication is both impractical and unachievable."

It is not acceptable. There is a public footpath, gardens, livestock, a farm shop nearby. When I saw the man with a gun I yelled at him and told him to go away and he has gone.

The necessary licence had been obtained from Natural England, he said. Several other methods had been tried, including fencing, bird scarers, netting and what he described as "laser tools".

Killing any animal was "a last resort", he said, adding: "We are not killing mother ducks. We have employed the services of a skilled team for many years and this is not something new.

"Fortunately the problem is diminishing but still at a level that requires control."

In a social media post today one resident, calling himself basilmusic, said: "Shooting because bird droppings may fall on the watercress? Doesn't the company wash the stuff? Doesn't the consumer wash it?

"Perhaps shoot ALL birds that dare to fly in case they pollute the grass. Be honest - it's for the money and to provide so-called 'sport'."

The farm grows cress for sale to stores, top hotels and restaurants in beds set among a network of streams known as Nuns Walk which flow into the Itchen, one of the world's most famous trout fishing rivers.

Giving permission for The Watercress Company to shoot ducks (and other birds) because they defecate on their plants is outrageous. I urge you to withdraw their licence NOW!