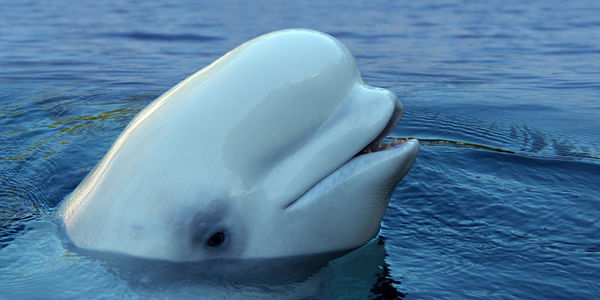 Fifteen Whales May Have Died at This Facility in Two Years. Shut Down Marineland Now!

We all know that captivity is horrible for whales -- but leadership at Marineland in Canada apparently don't care. Over the past two years, upwards of fifteen beluga whales have died at the park's facilities, and Marineland has provided no answers about how or why.

Sign the petition to demand the Canadian government shut Marineland down now, before any more whales die!

Back in 2019, official Marineland documents submitted to the U.S. government show that 54 beluga whales lived at the company's Canadian location in Ontario. As of September 25, 2021, only 39 or 40 belugas seemed to still be on the premises. We know that staff sent five of the cetaceans to an American aquarium, but that still leaves nine or ten animals unaccounted for. If they really did pass away, that means four or five beluga whales died each year for the past two years.

Former Marineland trainer-turned-whistleblower Phil Demers shared video of the captive whales on his Twitter account. He also asked for answers about the missing whales. (An earlier version of this petition cited a potential loss of 9 whales, we have since learned from Demers that the actual number is likely 15).

Up until 2019, sites like Marineland and other aquatic parks were allowed to breed their captive animals, in order to create a non-stop supply of new imprisoned tourist attractions. As the local organization Ontario Captive Animal Watch pointed out, such breeding operations helped to cover up Marineland's high numbers of whale deaths by simply replacing deceased belugas with infant ones. So on paper, the numbers seemed to always stay around the same.

The Canadian Animal Welfare Services (AWS) have known for a while that Marineland is not treating its animals appropriately. This summer, inspectors determined that the park's water quality was so bad, it had sent marine mammals locked up there into "distress." Marineland responded that "an unknown number of whale deaths at the park were not related to the water issues."

Whether it's Marineland's sub-par and inadequately repaired water systems that are killing the belugas, or general captivity, one thing is clear: Marineland is Deathland for marine animals like beluga whales.

This Canadian park is not fit to continue "caring" for these creatures any more. The government must shut down Marineland now and send its remaining beluga whales, one orca, dolphins, walruses, and sea lions to a reputable sanctuary!
Sign Petition
SHAREShare With FriendsTWEETEMAILEMBED
Sign Petition
See more petitions:
You have JavaScript disabled. Without it, our site might not function properly.

Care2
Fifteen Whales May Have Died at This Facility in Two Years. Shut Down Marineland Now!
SHARETWEET