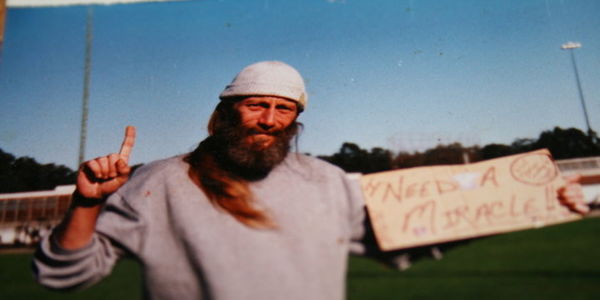 I have been writing Bob for over twenty years now, since his incaraceration in 1992. He has watched violent criminals and people who have commited abhorrent offenses set free, while he remains locked away for a crime that hurt no one. He is now almost 65 years old, and it is time for him to come home.

Like many Grateful Dead followers, Bob was entrapped by law enforcement that were part of the DEA's "Dead-end" program, who were targeting Deadheads. Bob was one of the individuals who was caught in this trap.

Bob has been imprisoned for far too long. He is not a young man anymore, and if he is not freed soon he feels he may never be released. He has more than paid for his crime, and after more than 20 years he is not the same man who entered the prison. He is a poet, and a philosipher, and would add greatly to our society.

This December, President Obama granted clemency for 8 non-violent drug offenders who were serving mandatory sentences for crack cocaine. And the Department of Justice recently asked for Bar Associations throughout the country to send them more clemency petitions for nonviolent drug offenders.

It has already cost over half a million dollars to keep Bob incaracerated all these years. How long will it be before we feel he has paid his dues? This is not justice, this is insanity.

We need your assistance to show them them that keeping a man in prison long after he has made amends for his crime is wrong, inapt, and utterly injudicious. Sign this petition, and help free Robert Riley.