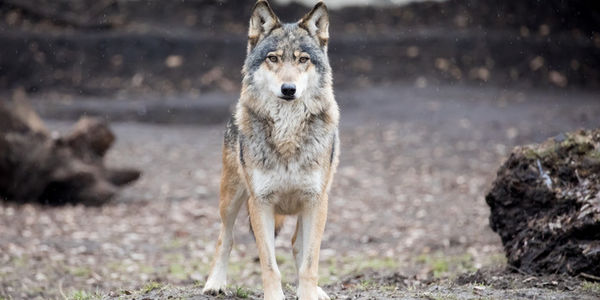 As if the year 2020 couldn't get any worse, now the beautiful gray wolf — an icon of North America and an endangered species to boot — could be about to go extinct.

Why? It's all down to Donald Trump's hatred for endangered animals' protection. In September 2020, his Acting Interior Secretary, David Bernhardt, announced that the administration plans to revoke gray wolves' official "endangered species" status by removing them from the federal endangered species list.

This one small change could have huge ramifications. Chief among them: the total annihilation of the last remaining gray wolves.

Sign the petition to demand that the Department of the Interior cancel this proposed rule change!

The importance of listing a given species as "endangered" can't be overstated. Once on the list, a species gains access to special protections that help conserve both its population and its critical habitat that it needs to survive. All federal governmental agencies must consider the species' safety and wellbeing before following through with any plans or actions that could affect them — so, for example, before constructing a new highway or "building that wall."

Perhaps most importantly, though, designation as an endangered species protects wildlife from one of the most fearsome menaces: hunters.

And few species need these safeguards more than the gray wolf. Though they once roamed North America in the millions, by the 1960s, they'd been almost completely wiped off the face of the Earth. Fewer than 1,000 of these majestic animals remained alive. Then, with the help of the Endangered Species Act and governmental classification as a species in need of defense, their populations slowly rebounded. Today, there are approximately 5,690 gray wolves in the "lower 48" U.S. states.

But that number is still nowhere near constituting a full recovery. The gray wolves have been doing better, but their continued survival hangs by a thread — a thread provided by the Endangered Species List. If they are removed from that list, it could become open season for hunters to declare war on these wild animals. And once that happens, there's no telling how quickly hunters could shoot them out of existence.

Gray wolves were here before the United States, and we have no right as humans to murder them to the point of extinction. These creatures have every right to live their lives, on their land, and to flourish for generations to come.

Don't let the Trump administration remove the few protections these precious animals have! Save the gray wolves from extinction. Sign the petition now to demand that the U.S. federal government keep gray wolves listed as endangered species!
Sign Petition
SHAREShare With FriendsTWEETEMAILEMBED
Sign Petition
See more petitions:
You have JavaScript disabled. Without it, our site might not function properly.