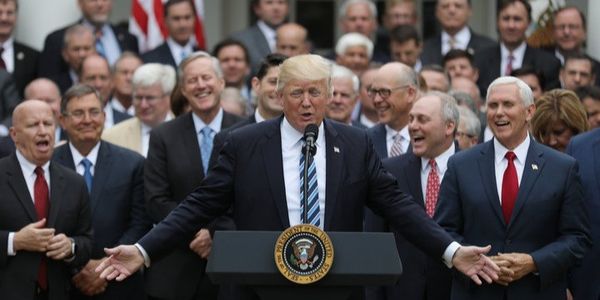 Demand An End To Republicans' Voter Suppression Tactics Before The Midterms

In Georgia, where gubernatorial candidate Brian Kemp is also overseeing his own election, 53 of 159 counties have fewer precincts open today than in 2012, the majority of which are disproportionately non-white (and tend to vote Democratic). He also instituted an "exact match" policy that would disqualify voters if their names do not exactly match records held by the Georgia Department of Driver Services or the Social Security Administration, which has resulted in 53,000 voters being purged from the rolls, 70 percent of whom are black.

In Florida, where Governor Rick Scott is running for the Senate, he extended a law disenfranchising 1.5 million felons, which disproportionately affects Florida's black population.

A new North Dakota law requires that all voters have proof of residence, despite the fact that Native Americans living on reservations, who typically vote in favor of Democrats, do not use traditional residential street addresses, precluding them from complying with the law. The law has created a massive obstacle for Native Americans, who make up five percent of the population, in a state that Democrat Heidi Heitkamp only took in 2012 by a razor thin margin and is currently trailing in the polls this year.

These examples are only the tip of the iceberg. With Republican-led states closing polling stations around the country, purging voters from rolls with no prior notice, gerrymandering, enacting voter ID laws — all to disenfranchise young, minority, or other Democratic-leaning voters.

Enough is enough. We will no longer tolerate the Republican Party undermining our democracy in their shameless pursuit of power.

We, the undersigned, demand that Republicans end their disgusting, flagrant, and undemocratic voter suppression techniques. We demand free and fair elections that reflect the will of the American people, not one political party's illegal pursuit of power.