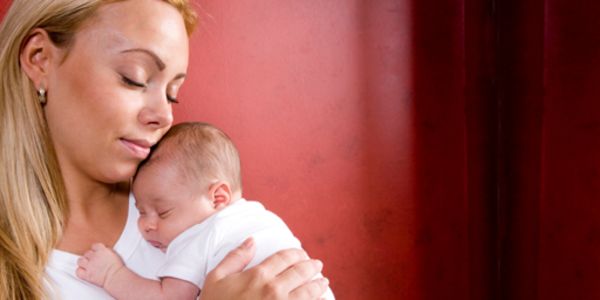 The Jewish Circumcision Resource Center represents Jews around the world who question circumcision and choose not to circumcise their sons.

An Israeli religious court has fined a woman for refusing to circumcise her infant son. The matter is part of an ongoing divorce case. In Israel, religious courts have authority over various family matters like marriage, divorce, and child welfare. Circumcision is viewed as a requirement among religious Jews. Israel has struggled for generations to reconcile its religious and secular traditions.

The woman has said that she does not wish to harm her son. Circumcision has been shown to result in physical, sexual, and psychological harm.

As the caretaker and mother, she has the right to forgo circumcision like thousands of other Israeli parents. No civil law requires circumcision in Israel. When parents disagree, as in this instance, the default position is to let the child decide about circumcision when he is older.

She appealed the case to the Israeli Supreme Court, a civil court, which issued a temporary injunction (restraining order), freezing the rabbinical court’s decree. The father’s response was due in the Supreme Court on January 2, 2014.

We urge you to sign this petition to ask the Israeli Supreme Court to issue its final ruling in favor of this mother’s right to protect her son.

To: Israeli Supreme Court
From: Jewish Circumcision Resource Center
Subject: Support of Israeli Woman Who Chooses Not to Circumcise Her Son

The Jewish Circumcision Resource Center represents Jews around the world who question circumcision and choose not to circumcise their sons.

These facts relate to this case.

Jewish circumcision is not mandatory anywhere; it is a choice. Some Jews in North America, South America, Europe, and Israel do not circumcise their sons.

Circumcision is a topic of debate in the Jewish community and has been questioned historically as well as in various Jewish publications and films in recent years. An Israeli organization publicly opposes circumcision. It receives hundreds of inquiries a year from Israelis. Our book Questioning Circumcision: A Jewish Perspective is endorsed by five rabbis among others.

Over 100 rabbis and cantors around the world lead alternative Brit Shalom ceremonies for Jewish infants who are welcomed into the world and into Judaism without circumcision. Some of these leaders are in Israel.

Being circumcised does not guarantee how or if an adult will practice Judaism. Jewish boys who are not circumcised can maintain a strong Jewish identity and remain connected to the Jewish community.

According to the Encyclopedia Judaica, "any child born of a Jewish mother is a Jew, whether circumcised or not."

According to Jewish values, the human body must not be altered or marked, and causing pain to any living creature is prohibited. Some Jews believe that circumcision is not ethical. Jewish values place ethical behavior above doctrine.

CIRCUMCISION HARM
The woman has said that she does not wish to harm her son. There is little awareness among most Jews about the harm of circumcision.

Studies show that circumcision is significantly painful and traumatic. Some infants do not cry because they withdraw into shock. After circumcision infants typically exhibit behavioral changes, including changes in pain response at six months of age. Researchers believe that this may be a sign of lasting neurological effects and a symptom of post-traumatic stress disorder. Anesthetics, if used, do not eliminate the pain of circumcision. Numerous complications may result from circumcision including, in rare cases, death. Some doctors and nurses refuse to perform or assist with circumcisions because of ethical considerations.

Circumcision results in the loss of a natural, healthy body part. Studies and surveys have shown that the consequences of circumcision to men include reduced sexual sensitivity, impaired pleasure, and potential psychological problems. The adult foreskin contains about 12 sq.in. (75 sq.cm.) of highly erogenous tissue that has several important functions, including protecting the penile head and reducing friction during intercourse.

PARENTAL EXPERIENCE
Some Jewish parents who have observed a son's circumcision have described it as distressing and have regretted their decision for years. One mother said, "I will go to my grave hearing that horrible wail." Others reported, "I don't think I can recover from it. It's a scar" and "circumcision was a horrible violation of all I felt we shared. I cried for days afterward."

The maternal instincts and experiences of women uniquely qualify them for the important responsibility of caring for infants and protecting them from pain and harm.

Research has demonstrated that circumcision disrupts mother-child bonding at a time when this is crucial for child development.

CIRCUMCISION AS EXCEPTION
Modern states do not require a parent to cut off any other natural, healthy, functioning body part of a child. Requiring this mother to circumcise would be the exception.

Jews everywhere are not required to comply with many other Torah laws, some of which are incompatible with modern ethical principles and values. Requiring this mother to circumcise would be the exception.

Thousands of Israeli parents have chosen not to circumcise their sons. No authority has interfered with these parents’ decisions. This mother has the same right to make her own parenting choices. Requiring this mother to circumcise would be the exception. When parents disagree, as in this instance, the default position is to let the child decide about circumcision when he is older.

No law requires circumcision in Israel. By not circumcising her child, the mother is not violating any Israeli law. Requiring this mother to circumcise would be the exception.

For all these reasons, we urge you to rule against compelling the mother to circumcise her son.