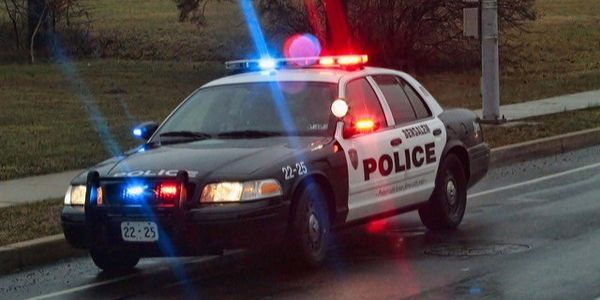 Bensalem has been built on immigrant contributions. From the early arrival of Pennsylvania Dutch to Italians, Irish, and Africans to more recent waves of Latin American, South and Southeast Asian, Eastern European, Korean, Arab, and new African immigrants, Bensalem residents, unless original Native Americans, are all immigrants. Today's newcomers continue to build the strength and prosperity of our Township. Immigrants are an important part of local community revitalization. The arrival of immigrants has spurred economic growth here in Bensalem. We depend on their hard work ethics and skills to keep our township viable.

The recent announcement made by Bensalem's Public Safety Director, Fred Harran, that Bensalem Police Department is eager for and has applied to be part of 287g program, in which our local police will be trained to act as immigration officers is extremely concerning. Collaboration of our local police with ICE will open our township to legal liability, enshrine intolerance and nativism in the law of our Commonwealth, and drive immigrant families away. Bensalem should pursue policies that make us more, not less, welcoming to newcomers. Our own Mayor Digirolamo has stated his pride in the township being a "No Place For Hate Township', a title awarded by the Anti Defamation League.

In a recent media interview, Fred Harran, Bensalem's Director of Public Safety, said that "any immigrant in the country illegally who commits a crime, even a misdemeanor should be considered for deportation. "Is this the message we want to send to our immigrant communities? What happened to innocent until proven guilty by a court of law? Giving local authorities the power to act as immigration officials could potentially open the door to possible abuse of that power,  like  seen with the former Arizona Sheriff, Joe Arpaio. Studies have shown that immigration enforcement by local police also undermines their core public safety mission, diverts scarce resources, increases their exposure to liability and litigation, and exacerbates fear in communities already distrustful of police.

We should be working with our immigrant families, not hurting them. When local police are involved in immigration enforcement, people are less likely to report crimes or become active members of their communities. This policy will prevent people from reporting crimes out of fear that if they contact police they themselves or someone they know will be deported.

Another reason not to participate in 297(g) is the financial aspect of the program. Under the 287(g) program, participating jurisdictions perform federal immigration enforcement functions largely at their own expense. While ICE may provide some reimbursement for detention costs in some cases, it provides minimal funding for training and information technology equipment and services. Local agencies are entirely responsible for the salaries and benefits of their personnel as well as travel costs, housing, and per diem for required training. Bensalem Township is not in a financial situation to take on these extra expenses.

We ask you to reconsider training our local police as Immigration officers and allow them to do their job and leave immigration determinations up to ICE. We want Bensalem Township to protect the basic rights and well being of all families, regardless of their immigration status.