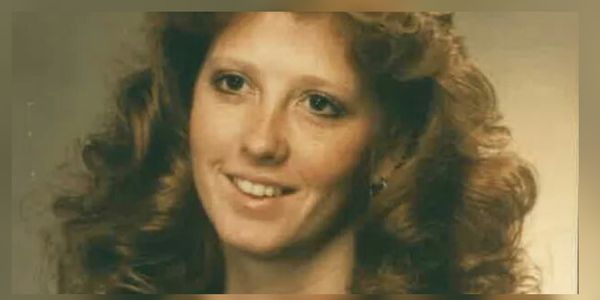 Re-investigate the Thomerson and Vaughn disappearances in Sumner County

This petition is set forth by a team of missing persons and victims rights advocates, on behalf of the families of those involved. These cases are classified as cold cases and the families are long overdue for answers! Please sign, share, call your state representatives, media members, law enforcement agents, etc.

Brandee Jan Thomerson (AKA Rita) was 42 years old when she was last seen. She has been missing from Sumner County, TN since (2/14/2003) Valentines day 2003. Brandee was around 5' 5" 145 lbs with brown hair and blue eyes at the time of her disappearance. Brandee is missing her two upper front teeth, she wore a partial dental plate. Her ears are pierced. She wore contacts and could have wore glasses. She has a mole behind her left ear. Brandee would have most likely been wearing a gold ring set with a diamond solitaire and a gold watch at the time of her disappearance.
Brandee Jan Thomerson was born January 17th, 1961. She was married to William Robert Thomerson. Brandee and William owned the Iron Skillet Restaurant located at 3202 Highway 76, Portland, Tennessee. Brandee lived in Portland, TN.
(While looking for information about her case, I found two different stories about where she was last seen. I am sharing both.)
#1. Brandee Jan Thomerson was last seen at her residence in the vicinity of the 460 block of Keen Road in Portland, Tennessee.
#2. Brandee Jan Thomerson was last seen at the Iron Skillet Restaurant located at 3202 Highway 76, Portland, Tennessee. She was last seen getting into a champagne colored vehicle with tinted windows. Detectives were able to locate the driver of the vehicle and they were told that Brandee Jan Thomerson had been taken to the Dickerson Road area in Nashville, Davidson County, Tennessee, where she was dropped off at an area motel. She has not been in contact with her family since.
*** Brandee is considered endangered/missing. She has a family that would like to have some answers and closure.

Elizabeth “Diane” Vaughn has been missing from from Sumner County, TN since June 18th 1992. She was described as being about 5' 2" tall around 120 lbs with red hair and green eyes. She was believed to have been wearing a white blouse with flower prints, pants and black shoes. It has been said that she was depressed over her pending divorce.
Elizabeth had been living in a Hendersonville apartment, she disappeared after visiting her estranged husband, Bruce, and her young daughter at their home in White House. Her car was found two days later outside O'Charley's restaurant on Two Mile Parkway at Rivergate Mall.
In 1993 The Police started investigating her case as a possible homicide. Police investigators told the media that they did not believe her car had been there the whole time. At that time they believed someone had moved her car to that location to try to throw off investigators. The employees of O'Charley's restaurant were split on whether they saw Elizabeth there the night she went missing. One employee told police that Vaughn was sitting alone at the end of the bar on the night of her disappearance but the other employees could not corroborate that story. It was released that they had a primary suspect in the case during this time. They would not release the name of the suspect or say what the possible motive was. The suspect was questioned and he/she is reported to have made several conflicting statements.
In 1998 Police said they were told Vaughn might have gotten into a pickup truck driven by a man with red hair and a beard. Sumner County Crime stoppers offered a reward of up to 1,000 for information leading to the whereabouts of Elizabeth Diane Vaughn.
Elizabeth worked at Foodland and it has been suggested that she may have been involved with a married coworker at the time of her disappearance.
We don't know what happened to Elizabeth but we do know that she has loved ones that deserve answers!
facebook.com/TNMissingUnsolved
Sign Petition
SHAREShare With FriendsTWEETEMAILEMBED
Sign Petition
You have JavaScript disabled. Without it, our site might not function properly.