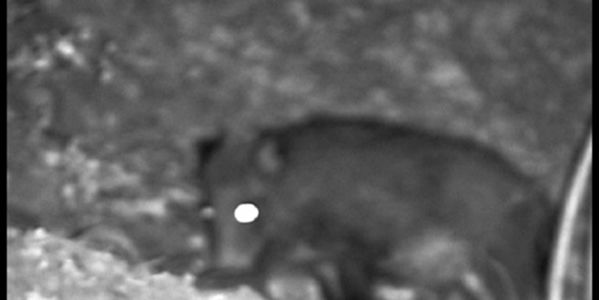 El problema de la caza en España y en el mundo actual tiene que ser revisado a conciencia, pues constituye la peor amenaza -junto con la destrucción de su hábitat- a la que se enfrentan los animales. No resulta ético matar animales por una simple satisfacción personal, como si el hombre fuera dueño y señor del resto de los seres vivos. Es una aberración que tiene que desaparecer de nuestra sociedad civilizada. This is the second petition, the first is in Spanish. Please read the following motivations to claim my new petition: THIS IS THE ENGLISH TRANSLATION OF MY PETITION ON CHANGE.ORG (You can read it in Spanish if you see my page: www.naturalezaydemocracia.es) Directed to PRIME MINISTER OF SPAIN Hon. Mr. Don Mariano Rajoy Brey (PRIME MINISTER OF SPAIN) This petition will be delivered to: PRIME MINISTER OF SPAIN Hon. Mr. Don Mariano Rajoy Brey (PRIME MINISTER OF SPAIN) Prime Minister of Spain Mariano Rajoy Brey (President of the Government of Spain) PROHIBITION OF HUNTING IN SPAIN Reinaldo Sergio Fernandez Cerdanyola del Valles, Spain Hon. Lord: On behalf of the majority of citizens of this country, particularly among the signatories of this popular initiative to ban hunting in Spain, I beg to supply strongly take into account the following considerations: -Asesinar Innocent animals in their natural habitats is unfair, regardless of the profits generated for rural areas. The animals want to live their lives as much as we want to live our own. Do not want to be killed, tortured, exploited or terrorized. Should seek viable alternatives that do not violate the right of all animals to live their lives in freedom and without being exploited or harassed. Also the slavery of humans in the past produced economic benefits to broader social sectors, not why we see today rather than enslave unjustly why any human being. 'You can not put the interests of hunters continue to enjoy a simple hobby over the interest of animals in not being killed and live in freedom in their habitats. -There Is a moral justification for killing innocent animals. These animals do not want to die, suffer or be harassed by hunters. They do not care that whoever kills them and harass it a sporting or non-hunter. Humans, unlike large predators, has the ability to differentiate what is ethical and what is not. Therefore, you have the ability to choose not to kill other animals. Hunting is unfair and unnecessary. Therefore we should respect animals and choose not to kill them. If it's true that we have something like "a genetic map" that drives us to hunt, which is doubtful, it is not unless we have evolved morally developed standards for respect each other. Animals can not be left out of these rules. There is no reason for it. Should we maintain an activity such as hunting just for the sake of being a habit, a tradition, if we are convinced that it is unfair? Throughout history, both in Spain and abroad, there have been traditions that have stopped performing for being unfair. Hunting is undoubtedly unfair and unnecessary. In hunting what is at stake is, first, a mere personal satisfaction of a hunter and, on the other, the lives of countless animals. What is objectively more important? If we were able to objectively answer this question, we would be living in a better world. -The Hunters say there is always the animal overpopulation that day go hunting. What animal overpopulation in our country there? Who among us is crossed every day with wolves, foxes, brown bears, lynx ...? Who when he walks through the woods back saying they did not stop to see wild animals? We have trimmed their spaces separated by roads and other roads, damaged habitat, contaminated aquifers where they drink or live. Where is overpopulation of wild animals? Who can believe this lie? -The Game is unjustifiable: are harassed, terrorizes and kills animals for the sake of satisfying personal taste. -Finally, Hunting remind you post and putting endangered many species worldwide, which will be aggravated by climate change. Reason enough for an immediate ban on hunting, following the example of Costa Rica. For all the above mentioned, I hope will serve to propose to Parliament a legislative proposal to ban hunting in Spain. Sergio Reinaldo and the signatories which they relate.