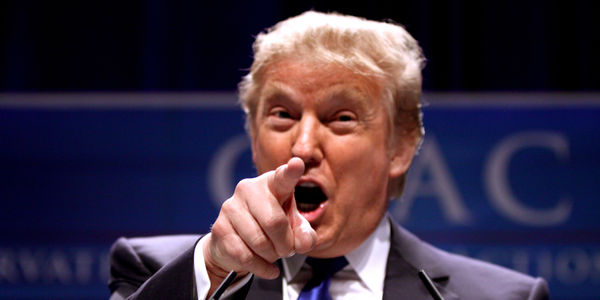 Trump Called These Nations Sh*tholes. Our Ambassadors Should Quit in Protest.

Just when I think Donald Trump can't be more of a blatant racist — and a global embarrassment, he outdoes even himself. At a recent meeting to discuss immigration with U.S. Senators, Trump reportedly referred to developing nations with black and brown-skinned citizens as "shithole countries," according to multiple sources.

Trump's language and the un-American racist ideology behind it are frightening. But Trump's recent anti-immigrant actions towards these countries are even crueler.

That's why I'm calling on the U.S. Ambassadors to Haiti, El Salvador and multiple African nations to resign in protest. Please join me!

According to reports from people in the room, Trump followed his disgusting commenting with even more vitrial, reportedly saying  "Why do we need more Haitians? Take them out." and asking Senators why we couldn't have more immigrants from places like Norway (to Norway's great amusement).

It's clear that Trump does not stand for American ideals or value what truly makes America great: being a haven for those around the world fleeing violence, seeking a new, safe life, who are willing to work hard for their families and communities.

Recently, the U.S. Ambassador to Panama resigned from his position saying he couldn't serve Trump or his policies. Trump's ongoing racism, lack of diplomacy, and anti-immigration policies show he has little respect for the countries these Ambassadors represent and it's time for them to take action.

Sign my petition and tell U.S. Ambassadors show they will not tolerate the abuse and disrespect — leaving their post in protest of Trump immediately. Trump's ongoing racism, lack of diplomacy, and anti-immigration policies show he has little respect for the countries these Ambassadors represent.

Care2
Trump Called These Nations Sh*tholes. Our Ambassadors Should Quit in Protest.
SHARETWEET