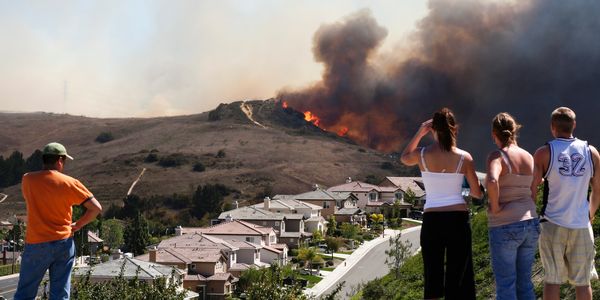 We can’t survive many more wildfires like this. We must address climate change now!

UPDATE: in the 2021 California fire season, things are even worse than last year. As of August 23rd, 2021, 13 fires are burning in the state, covering 1.54 million acres. 9 National Forests are totally closed due to the burns. The Caldor Fire near Lake Tahoe has burned over 100,000 acres so far and has destroyed over 400 homes and half a dozen businesses. We desperately need to make drastic changes unless we want these fire seasons to continue to get worse every year! Sign the petition!

The West Coast is on fire again. Over three million acres of land have already been burned to the ground from the California-Mexico border all the way up to Washington state. 16 people have died as a result of the blazes, including a 1-year-old baby in Washington. Whole towns have been destroyed. Countless animals have died, and many more left without a home. Fire and climate experts are speechless. And it's far from over.

Climate change has set the stage perfectly for fires of this magnitude. That's why we are demanding that U.S. legislators come together to unanimously support a Green New Deal so that we can finally address the climate crisis. Sign the petition if you want the same!

Climate scientists are leaving no room for doubt -- climate change is at the center of this crisis. A scorchingly hot summer left forests and vegetation bone-dry, aka perfect kindling for wildfires. These high temperatures are a direct result of our abuse of fossil fuels. Human behavior is driving the total annihilation of the very land that we depend on to survive.

As if wildfires were not apocalyptic enough, they come at a time when smoke inhalation will devastate those who are already suffering from COVID-19, which attacks the respiratory system. Even without the immediate threat of wildfires, increased global temperatures are already wreaking havoc on human bodies. Heat stroke or exhaustion, impaired mental functioning, increased anxiety, higher likelihood of heart and lung issues, and increased risk of parasites and pandemics are just a few of the side effects doctors warn of.

When wildfires burn materials from homes, schools, and other structures, that can cause chemicals to leach into the water of these communities for months to come. People and animals that have just gone through hell are essentially being poisoned after just having survived an apocalypse.

So what do we do? Individuals have long been lectured by those in power to decrease their impact, shrink their carbon footprint, do their part. But this is an intentionally misplaced burden. The onus should be on the big players -- the energy, transportation, and agricultural industries to name a few -- since they are the ones responsible for the majority of emissions. But instead, these businesses continue to rake in the profits while the world burns. Their executives are rich enough to hire their own personal firefighters, so why do they need to worry?

We are being left behind to fend for ourselves.

But a Green New Deal would transition all of our systems away from dependency on deadly fossil fuels, and towards renewable energy with a focus on resource efficiency and conservation. This would not only save our planet, our homes, and our health, but it would also create sustainable jobs for years to come. Afterall, the Green New Deal is modeled off of the New Deal from the 1930s, the purpose of which was to boost the economy after the Great Depression. We are in the middle of a pandemic that has sent our economy into a deep recession. The only ethical and sustainable way out is with a Green New Deal.

This problem is not going away. One climate scientist said that when people ask him if this is the new normal, he actually answers no. Instead he replies, "It's going to get worse."

Sign the petition if you want the United States to adopt a Green New Deal, for the good of our economy, our environment, and our world.

Care2
We can’t survive many more wildfires like this. We must address climate change now!
SHARETWEET