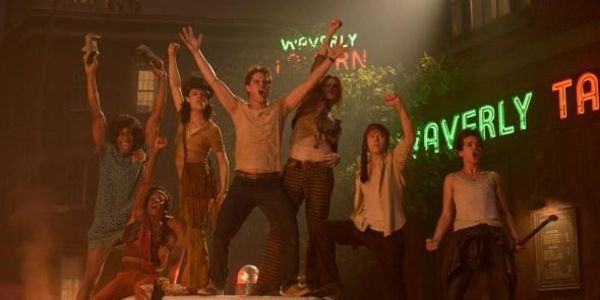 A trailer for the new film Stonewall, directed by Roland Emmerich, has just been released online -- and it has the LGBT community up in arms. While the movie claims to celebrate the "unsung heroes" of the LGBT civil rights movement, a quick look at the trailer and the cast list proves the film does anything but.

For one thing, the film centers around a fictional character rather than any of the real people involved in the movement. This would be a puzzling choice all on its own, but it also seems that the filmmakers neglected to include many of the major players in the real life Stonewall Riots altogether, like Sylvia Rivera, Tammy Novak, or Miss Major -- drag performers, trans women, and women of color.

Trans activist Marsha P. Johnson appears in the film, but only as a background character. Black butch icon Stormé De Larverie also seems to be missing from the lineup, as well as bisexual activist Brenda Howard, the creator of the first pride parade after the riots. Why are their achievements being downplayed or outright ignored in the film?

While there were certainly white, gender-conforming gay men involved in the Stonewall Riots, and their role should be celebrated, this can't come at the expense of the lesbians and bi women, trans women, and people of color who played a pivotal role in this civil rights struggle. Imagine the outrage if a film about the black civil rights movement simply left out the role of Rosa Parks. This film erases the contributions of these brave activists and does not present an accurate picture of Stonewall.

While I'm no advocate of censorship, I think we have a responsibility to counter the inaccurate message of this film. When Stonewall comes out on September 25th, I'd like to see the screening of a second film that reflects the true diversity of the LGBT community in the same theaters. One suggested alternative is the documentary Paris is Burning, depicting the lives of gay and trans communities of color in the 1980s.

We, the undersigned would like you to consider airing an alternate film alongside Stonewall on its September 25th, 2015 release date.

This film erases the contributions of many brave trans women of color and mischaracterizes a pivotal event in the LGBT rights movement. Due to this, we ask that you consider screening a more historically-accurate film as well, such as the 1990 documentary Paris is Burning.