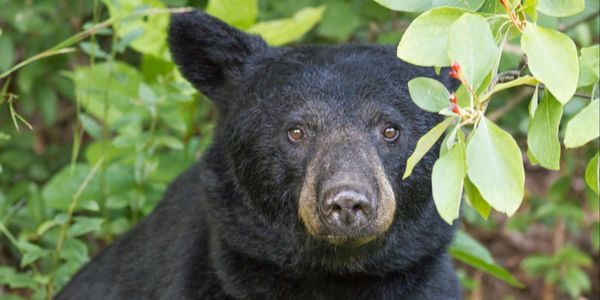 You may or may not be familiar with the plight of the Asiatic black bear and the sun bears of Asia. Throughout large parts of Asia, the two species are farmed or poached to harvest their bile, which is believed to have medicinal properties.

That isn't the case, but that doesn't stop thousands of bears a year from suffering and dying at the hands of this heartless industry.

Yet, while bear bile farms might be thousands of miles away from the shores of the United States, it doesn't mean that Americans and others aren't trying to profit from bear bile hear at home. In fact, black bear poachers have been caught in Florida harvesting their game's gallbladders to sell to the Asian market.

Something must be done to protect the beautiful North American black bear from becoming victims of the bear bile market. Sign the petition.

Luckily, Senators John Kennedy and Cory Booker have introduced a new bill aimed at stopping bear poaching in the United States. The Bear Protection Act "would protect bears from poaching and torture and prohibit the import, export, possession, transport, and sale of bear organs."

American lawmakers must do everything they can to protect the nation's wildlife. And this bill is just one more step in doing so. Tell Congress you are in support of the Bear Protection Act. Sign the petition and tell our legislators to make it law.
Sign Petition
SHAREShare this petition with friends!TWEETEMAILEMBED
Sign Petition
See more petitions:
You have JavaScript disabled. Without it, our site might not function properly.