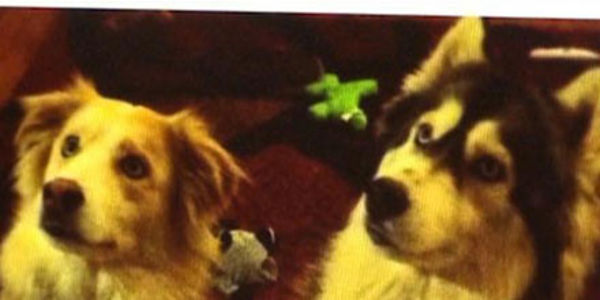 We are STILL fighting to save Nala and Bugger from Outdated Laws!

It's been a long road for Janni and Katalin Juhasz.  They've been fighting to save their dogs, Nala and Bugger, who are set to be killed in Monroe County.  "They've been caged up for 10 months," Katalin said.  "It's just wrong."  This all stems from an incident in May 2013.

Both dogs got out of the house and were found in a barn in Bedford Township with two dead pigs.  A Bedford Township hearing officer determined the dogs killed the pigs, and they were taken into custody by the Monroe County Dog Warden.  Last week, a judge upheld that decision based on a state law from the early 1900s that protects poultry or livestock from attacks.

But the ruling hasn't stopped the Juhasz's.  Tuesday night, nearly a dozen supporters came to the trustee meeting to let their voices be heard.  "I want them to know that I'm going to press this," Janni Juhasz said.  "If they don't make it right, then I'm going to take it all the way to the attorney general."  She also wanted to show the board what she describes as inconsistencies in the pictures used as evidence.

"I called my attorney and told him, they withheld evidence," she said of the investigation.  But, there really isn't much the township trustees can do to help, so they listened as each person spoke on behalf of Bugger and Nala.  The supervisor also asked about what options the family has moving forward.  The dogs are scheduled to be euthanized March 14th, but there is still time for an appeal.

"I feel like we've taken a backseat for a long time and we're in the front seat now," Katalin said.  "I'm not going to give up," Janni said.

Please show your further support on Facebook by joining here:

Care2
We are STILL fighting to save Nala and Bugger from Outdated Laws!
SHARETWEET