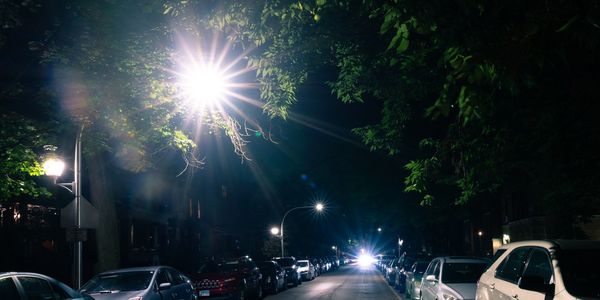 Tone down the lights Chicago!!

Chicago's cold, harsh LED lights invade our homes and put peoples health and the environment at risk. I request the Chicago of Chicago to dim the brightness, warm the temperature and add a shield to all existing and new LED lights in Edgewater, Andersonville and surrounding neighborhoods of Chicago. Although the City of Chicago's "Smart Lighting" Program is well-intended, this City can do better to protect its local communities, public health, safety and natural environment. The already installed LED lights are too harsh and cause more problems than they solve:

The enormous glare from Chicago's bright, unshielded, LED lights is harmful to the human eye, reduces visibility and increases the opportunity for accidents and crime. Direct, intense glare causes worse nighttime vision, making it difficult to navigate streets; causes eye fatigue and damages the retina over time. The perceived belief that brighter is safer, is unfounded, but it does create glare and dark shadows for intruders to hide. The American Medical Association (AMA) and Council on Safety and Public Health (CSPH) advises municipalities to add a shield to reduce disability glare.

Bright, blue artificial light adds stress to humans, disrupts wildlife and our entire ecosystem in dangerous ways. Scientists advise using the lowest kelvin possible to minimize its effects, as research continues to show that artificial, blue LED lights disrupt sleeping patterns; cause cancer; and alters the ecosystem and its inhabitants. Chicago is one of the most light-polluted cities in the world and by making things brighter and colder in neighborhoods, parks and roadways, it is only making things worse. Though Chicago is installing 3000K LED lights, it can do better. Warmer LED lights (2400K or less) and adaptive technologies are available to balance the needs of public health, safety, and the environment, along with reduced cost savings. Current levels of LED lighting are a waste of energy and tax payer money. Plus add stress to the environment, contributing to climate change.

Chicago's cold, harsh LED lights trespass into our homes and alter the friendly feel of our neighborhoods. Warm, low-intensity lighting has always made Chicago a desirable place to live with its friendly neighborhoods that bring people outside and encourage community building. But its new LED lighting shines into our private homes and making it difficult to sleep. They are sterile and significantly change the feel of our neighborhoods in a negative way. With warmer LED lights available and the ability to dim the brightness, Chicago can do better to preserve the health and charm of its local neighborhoods making them a place people want to be.

As a resident of Chicago, I urge the Honorable Lori Lightfoot, Mayor of the City of Chicago and Gia Biagi, Commissioner, Chicago Department of Transportation (CDOT) to place a hold on any further installation of LED lights until a sustainable plan is created to light the City and its local communities, parks, and surrounding natural environment with warmer, shielded, and lower-intensity LED lights for the benefit of public health and safety for all future generations to come.