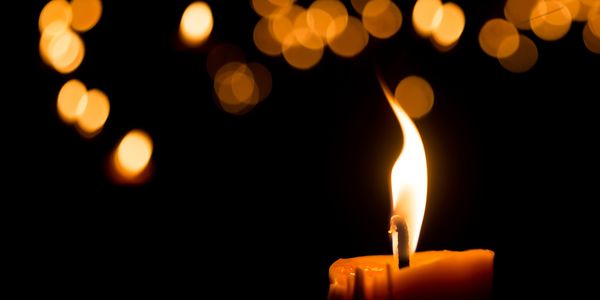 Penn State and its relationship with the State College Police Department

We hope that this letter finds you safe and well in these exceedingly difficult times. We write on behalf of the undersigned members of the Penn State community.

In the last few days, we have witnessed protests in cities across the nation over the relentless racially-targeted violence by the police. A national conversation about racial injustice and police brutality has ensued. At the same time, we have seen a nationwide consensus emerge that there must be justice and accountability following extraordinary acts of violence against African-Americans by the police. Over the last year, we have been inundated on a near-weekly basis by news accounts of police brutality towards African-Americans. The most recent examples include the asphyxiation of an African-American man, George Floyd, by the police and the killing of an African-American woman, Breonna Taylor, in her home by police executing an inherently dangerous no-knock warrant.

Notwithstanding these findings that the police were not culpable, it is apparent that like the aforementioned killings of George Floyd and Breonna Taylor, the facts of this case raise significant concerns. Notably, the police were on notice that Mr. Osagie was mentally ill since they were at his home to execute a mental health warrant. Mr. Osagie was found to have attempted to attack the police with a steak knife and was reportedly struck by a Taser. It is nevertheless profoundly disturbing that the State College police could find no way to de-escalate the situation or otherwise restrain Mr. Osagie without shooting him multiple times, including at least twice in his back.

Generations of African-descendant children have been raised with a famous African proverb which states that "in a court of fowls, the cockroach never wins a case." In the spirit of the wisdom of this proverb, we are now witnessing a long-overdue national recognition that current systems of police accountability are simply inadequate given the repeated instances of officer-involved killings. In the last week, we have seen letters from leaders across the political divide, including former Presidents Obama and Bush, calling for improved systems of police accountability.

We understand that the officers who were involved in Mr. Osagie's killing continue to be members of the State College Police Department. We also understand that the State College Police Department is sometimes contracted by Penn State to supplement the policing functions of the University Park police. If this is in fact the case, we are concerned that officers who were involved in the killing of Mr. Osagie may also be policing events at Penn State University. Disturbingly, the officers involved in the shooting have remained anonymous, frustrating meaningful accountability and public scrutiny of the officers' records, especially as they relate to interacting with communities of color and individuals with mental illness.

Over the last few days, universities across the country have been re-evaluating their contractual relationships with police departments. Like other universities, we believe that Penn State has an obligation to ensure that ALL of the members of the Penn State community can attend University events without fear of inappropriate behavior by the police. Sadly, we all know that inappropriate police behavior can easily become life-threatening.

It bears emphasis: we believe that the University bears this obligation to the entire community. In light of this obligation, it is clear that we find ourselves facing some deeply uncomfortable facts. First, a mentally ill African-American man was killed by the police. Second, the State College Police Department's internal investigation found that the officers were not at fault. Third, the community is not in position to properly scrutinize the State College Police Department's actions because the very same department has taken steps to preserve the officers' anonymity.

To put it emphatically: we really are not in a position to assess the actions of the State College Police Department if we do not know the identities of the officers involved in the killing of Mr. Osagie. Indeed, recent events have made this obvious. For example, since the identity of the police officer charged with second-degree murder of George Floyd has come to light, other community members have come forward to bear witness to their own unfortunate encounters with this same police officer. It is now clear that there was a pre-existing pattern of deeply problematic behavior. We only know this because the public now knows who the police officer is.

Here in State College, we have not been the beneficiaries of this type of transparency. This feeds into our concern that the problem may not in fact be one of "bad apples," but may instead be structural and systemic. As the oft-repeated refrain goes, the best disinfectant is sunlight.

We believe that there is a fundamental question that the University cannot avoid addressing. If it is in fact true that Penn State sometimes contracts with the State College Police Department, is this ongoing relationship tenable? We note the recent statement of the President of the University of Minnesota which states, in pertinent part, that the University of Minnesota will "no longer contract with the Minneapolis Police Department (MPD) for additional law enforcement support . . . . We will limit our collaboration with the MPD to joint patrols and investigations that directly enhance the safety of our community or that allow us to investigate and apprehend those who put our students, faculty and staff at risk."

Furthermore, we ask that you take steps to implement the systemic reforms needed to ensure that incidents like the one that took Mr. Osagie's life do not happen again. The State College Police Department after an internal review announced that the officers' actions in that incident "were consistent with department policies and procedures and were consistent with trainings and established practices." The response thus far to address policies that endanger life has been wholly inadequate. Notably, the State College Borough Council allocated $60,000 for a review of State College Police Department policies by the International Association of Chiefs of Police —an organization critical of the very de-escalation tactics that could have saved Mr. Osagie's life. These steps hardly inspire confidence or trust. The University must implement more robust training for its officers on de-escalation tactics, racial bias, and responding to mental illness, as well as call on local police forces to do the same. Such training must be in conjunction with revising current policies and procedures that endanger life.

We wish you well as you help the University navigate the profoundly sad and difficult environment in which all Americans now find themselves.

We look forward to your expeditious response to this letter.