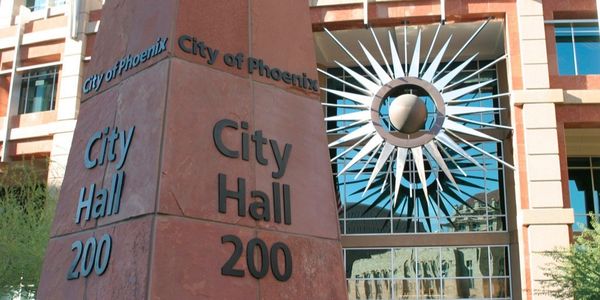 The impact and importance of civic participation on a local level cannot be understated, particularly in these politically turbulent and fraught times. A person's greatest sphere of influence is their local government, yet many Phoenicians are realistically unable to take an active role in their city government due to meeting times that are incompatible with the majority of working persons' lives. As a result, Phoenix City Council meetings are for all practical purposes completely inaccessible to a large swath of residents.


Although the City of Phoenix is in technical compliance of open meeting law, the current meeting times of both the policy sessions and formal meetings have a chilling effect on public participation.

True, meeting agendas are posted online within the required times and meetings are streamed online and available shortly afterward. Accommodations are available for those with disabilities. A great many staff members work diligently every week to compile an immense amount of technical information and ensure it is accessible in both digital and physical formats.

Ultimately the end result of mid-week, 2:30 p.m. meeting is a diminished ability for Phoenicians to take an active role in their municipal government in a timely manner. Watching a meeting online two days after it occurred simply does not equate the ability to see one's government in action in real-time, particularly since watching a recording of the meeting robs a person of the opportunity to submit a public comment card and directly address their elected officials in real time.

At the very least I and everyone who has signed this petition believe it is a fair starting point for serious discussion and respectfully request the city council to consider our request.