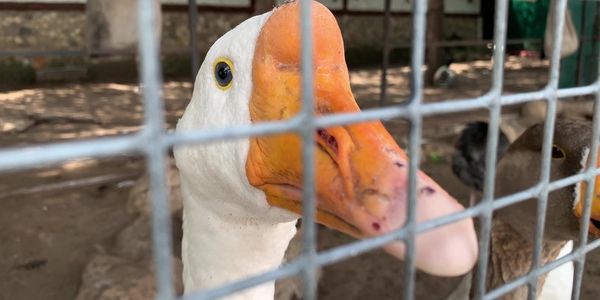 Foie Gras Is Practically Legal Again in California. This Means More Animals Will Be Tortured!

Foie gras is inherently cruel. Period. It's a food "delicacy" that can only be produced by unnaturally and painfully engorging a duck or goose's liver -- by force-feeding the animals to the point of excruciating, distended overstuffedness.

That's why California lawmakers banned the sale of foie gras in the state, starting in 2012. Now, ten years later, courts are attacking the law -- in fact, federal judges have now overturned part of the law! This will put countless animals in harm's way -- so we need a federal ban now.

Sign the petition to demand an end to the horrific practice of foie gras in the U.S.!

Some people think their desire to eat this dish should outweigh the pain these animals endure, in order to create the food. Obviously a person's taste buds are not more important than the horrible misery a living being endures, just so someone can have a couple of tasty bites. A few minutes of eating do not justify a lifetime of suffering.

The people who are determined to eat and produce foie gras have spent 10 years fighting back against California's just, humane law. Now, two federal judges in a row have handed them a big win. The courts decided that people can still buy foie gras in California, after all... as long as they buy it from another state. This practically negates the ban, since one of the country's major producers of foie gras is located outside of California, in New York's Hudson Valley region. In fact, this producer was one of the main organizations suing California over its foie gras sale ban.


Luckily, so far, only home consumers will be able to buy foie gras, and not restaurants or shops. But foie gras devotees will continue to press this issue in court until they get their way. That's why we need nationwide action now to protect innocent geese and ducks before courts try to roll back California's ban all the way. It's the best way to help the animals.

Federal lawmakers need to recognize that animal suffering is never acceptable -- especially if it's just to produce a tasty meal. Sign the petition to ask Congress to ban foie gras now!