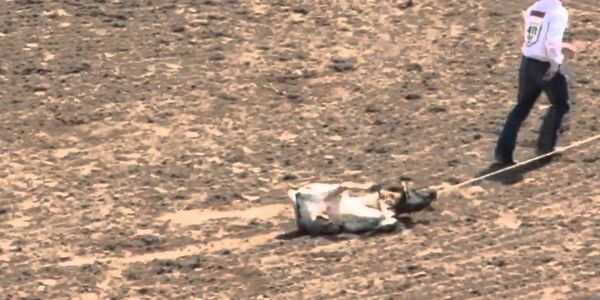 Stop Shania Twain from performing at the Calgary Stampede

Please sign this petition to stop Shania Twain from performing at the Calgary Stampede. This is one of the worst events in Canada, where animal abuse is tolerated, and encouraged. If Twain performs at the Stampede, it will give people the illusion that this event is animal friendly, as she claims to be a vegetarian, and love horses. Shania Twain is not an ethical vegetarian, as her dietary habits are only prompted for the betterment of her health and appearance. Also, it is difficult to fathom how a person who claims to love horses is willing to perform at an event where horses are injured, and sent to slaughter when their bodies can no longer endure the abuse imposed on them.

The Calgary Stampede, is a cruel spectacle of animal abuse. Fear, pain and stress are used to coerce the animals into performing for human entertainment. Three to four month old baby calves are taken away from their mothers, put into a steel-barred chute at the end of the arena, and goaded, prodded, and often their tail twisted to ensure they will burst out of the chute at full speed (up to 27 miles per hour). The terrified calf is then chased by a mounted rider who must lasso the calf, jump off his horse, pick up the calf, slam the child to the ground and tie three of the poor creature's feet together. All this is done as quickly as possible, often resulting in the death of the calf. At the 100th anniversary of the Calgary Stampede, in 2012, three horses were killed as a result of a crash during the chuckwagon races. One horse died during the race the year before, and in 2010, six horses died. These are only a few of a long list of casualities since this event began.

The exploitation and death of animals at the Calgary Stampede will continue if the public does not oppose it. Performers like Shania Twain only increase ticket sales. Please sign the petition, and tell Twain that she is no animal lover if she is willing to perform at the Calgary Stampede. If she performs it is all for fame and profit, without any consideration of the lives that are being lost at such a barbaric entertainment event.