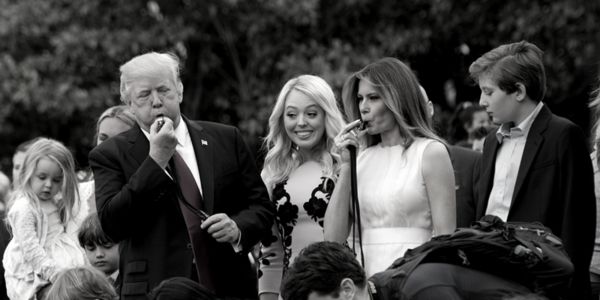 Federal employees need protections that will allow them to report wrongdoing without fear of retaliation. Whistleblowers have saved thousands of lives by preventing harmful chemicals from getting into our bodies, illuminating mass fraud in big banks, and keeping our soldiers safe. Whistleblowers are the silver bullet for waste, fraud, and abuse of power in our democracy and they need your help!

There are millions of federal employees in the United States. They need adequate whistleblower protections that protect their right to disclose abuse of authority, legal violations, gross mismanagement or waste of funds, or substantial and specific dangers to public health, safety and the environment. Whistleblowers have truth on their side, but they need the power of activists like you to support them.

An Open Letter to President Donald Trump and Members of Congress

The undersigned organizations and corporations write to support the completion of the landmark, 13 year legislative effort to restore credible whistleblower rights for government employees that resulted in unanimous passage of the Whistleblower Protection Enhancement Act (WPEA) of 2012. While the law was the fourth unanimous congressional mandate since 1978 for whistleblower rights in principle, the most serious work remains to be finished. That is because the WPEA left the highest stakes issues incomplete, pending further study.

We seek your leadership now to expeditiously finish what Congress started in the Whistleblower Protection Enhancement Act. That means further developing legal rights so they include the critical reforms listed below. Whistleblower protection is a foundation for government accountability, from draining bureaucratic swamps to achieving changes in which the public can believe. It does not matter whether the issue is economic recovery, prescription drug safety, environmental protection, infrastructure spending, national health insurance, or foreign policy. We need conscientious public servants willing and able to call attention to waste, fraud and abuse on behalf of the taxpayers.

Unfortunately, every month that passes has very tangible consequences for federal government
whistleblowers, because none have due process for a credible day in court to enforce their free speech rights. They are limited to administrative hearings at the U.S. Merit Systems Protection Board (MSPB), which does not have judicial independence, is under bipartisan congressional attack, and currently the full Board does not even have a sufficient quorum to issue rulings. Since FY 2014, the full Board only has ruled three times out of 37 final decisions that an employee’s Whistleblower Protection Act rights were violated, including only one case in 2014 and 2015 combined for illegal whistleblower retaliation in the entire federal government.

The bottom line is clear. The Whistleblower Protection Enhancement Act will continue to be a source of false hopes and cynicism until it has the following additional teeth to enforce its mandate:

• Grant employees the right to a jury trial in federal court;

• Give whistleblowers the right to challenge retaliatory investigations;

• Extend employment anti-retaliation rights to shield against all criminal and civil liability;

• Extend temporary relief to whistleblowers whenever they prove a prima facie case of retaliation;

• Make permanent the WPEA pilot program for each Office of Inspector General (OIG) to have a whistleblower ombudsman;

• Make sensitive job designations a personnel action to lock in protection against retaliation;

• Require accountability through discipline to prevent unjust retaliation on whistleblowers;

• Fully protect whistleblower disclosures even before an application for federal employment;

• Shield employees by allowing them to refuse to violate illegal regulations; and

• Grant the Office of Special Counsel the authority to issue a stay, without MSPB Board approval

These suggestions are the necessary infrastructure so that those who defend the public have a fair chance to defend themselves.