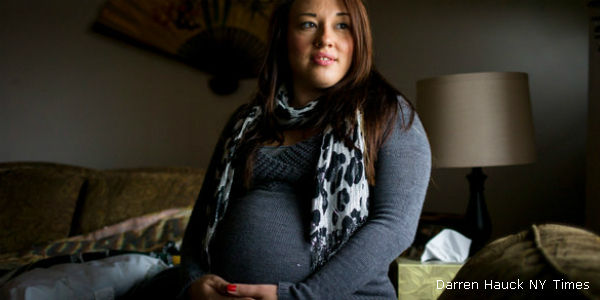 Alicia Beltran of Jackson Wisconsin had every intention of doing what’s best for her unborn child. But that goal got her arrested.

During a prenatal visit she wanted to be completely honest so she told her doctor about a past pill addiction she’d had and how she responsibly overcame it. Even though a urine test confirmed she was no longer taking the drug, she was held legally responsible for an addiction she had in the past.

When Beltran was taken in shackles before a family court and denied legal representation, she learned to her astonishment that an attorney had already been appointed for her unborn child.

As it turns out Beltran was victimized in Wisconsin by the kind of state fetal protection law that’s been enacted in a few other states.

We, the undersigned oppose any law that would violate a pregnant women or any woman in the way the Wisconsin law violated Alicia Beltran.

Lynn Paltrow of National Advocates for Pregnant Women told the New York Times that
“This is what happens when laws give officials the authority to treat fertilized eggs, embryos and fetuses as if they are already completely separate from the pregnant woman….”

According to a suit filed in the District Court in Milwaukee, Wisconsin's so-called fetal protection law, also known as the “cocaine mom” law, does more harm than good and “deprives women of physical liberty, medical privacy, due process and other constitutional rights. It is also based on faulty information about the risks to newborns…,” reports the Times.

And it’s not surprising that these laws have been used to target low-income and minority women, as Paltrow‘s research shows. Not only are these laws being used and abused to violate the rights of pregnant women, they are discouraging others from seeking prenatal care, says the lawsuit.

We request that state legislatures that have passed such laws - those in Wisconsin, Minnesota, Oklahoma and South Dakota - change these laws that punish pregnant women and do more harm than good.

Thanks for your attention to this important request.