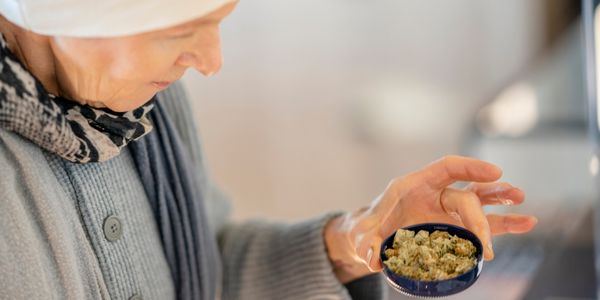 How Much Pesticide Is Used on Cannabis? In Some States, No One Knows.

Cannabis is legal in more states than ever -- and this is clearly a good thing. With legalization and decriminalization efforts happening nationwide, there are fewer people getting locked up for petty drug charges related to its use, more and more folks have medical access, and recreational access is now controlled by the state to ensure safety. But a boom in legal cannabis use has meant a boom in its production nationwide -- and with efforts to increase yields come rampant pesticide use.

Sign the petition now to demand the Florida and Rhode Island Departments of Agriculture require testing for pesticides in cannabis grown in each state!

Since cannabis is still (ridiculously) considered a Schedule 1 drug at the federal level, the substance isn't controlled by any federal body. On top of that, the EPA is technically restricted from regulating pesticide use for the popular plant. But just like any other crop, cannabis plants are subject to drought, flooding, disease, and – mostly commonly – pests. All of these threats come with wide-scale agricultural production, and some cannabis producers might be using dangerous pesticides to combat difficult pests.

Unfortunately, in Florida and Rhode Island, there is no required testing for pesticide levels in cannabis, meaning no one knows what types of pesticides are used on the crops in those states or how much. In both states, pesticide level testing is optional, leaving recreational consumers and those who require cannabis for medical reasons open to immense harm. People in the cannabis community and scientists around the world are in agreement about the risks posed by unnecessarily using too many pesticides, and those consequences will be felt in local ecosystems and by consumers. No one who is using cannabis – whether for recreational or medicinal reasons -- should be worried about coming into contact with toxic pesticides.

Both the Florida and Rhode Island Departments of Agriculture must commit to requiring pesticide testing for cannabis production in their states to protect both the consumers who enjoy or rely on this plant as well as local ecosystems where the crop is grown. Sign the petition now if you agree!
Sign Petition
SHAREShare With FriendsTWEETEMAILEMBED
Sign Petition
See more petitions:
You have JavaScript disabled. Without it, our site might not function properly.

Care2
How Much Pesticide Is Used on Cannabis? In Some States, No One Knows.
SHARETWEET