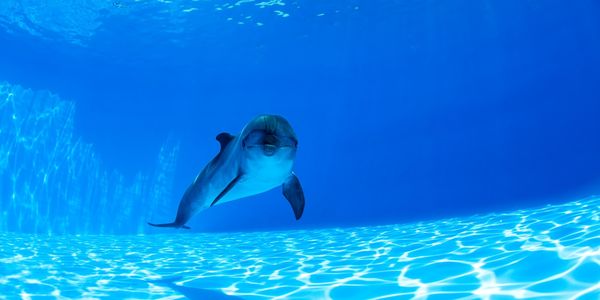 After 15 Years Trapped, Miserable, and Alone, This Sweet Dolphin Died

A great many of us are experiencing the turmoil of self isolation in the midst of this global pandemic. While we know it is the right thing to do to remain socially distant until the threat of spreading COVID-19 to others has passed, it can be extremely difficult to find pockets of joy and hope. But imagine if you were forced to self isolate, against your will, for no other reason than the entertainment of others? That was the sad life that Honey the dolphin was made to endure until her death in early April, 2020.

Please sign the petition and demand that the Taiji hunts, in which dolphins are rounded up to either be killed or sold, are ended for good!

Honey received an incredible amount of public sympathy in 2018, when the marine park where she lived closed down. Inubosaki Marine Park Aquarium in Choshi, Japan, was abandoned - and so was Honey, along with almost 50 penguins and hundreds of fish. But to Honey, she might as well have been the only animal abandoned -- she lived in total and utter isolation, swimming in tight circles in a tiny pool.

No dolphin is built to endure such a tragic existence. In the wild, dolphins have thousands of miles of ocean to stretch their fins alongside their pods -- their families. Humans have been fascinated by dolphins for centuries, likely due to their human-like qualities of social interaction. So why do we think it is okay to satiate this fascination by capturing them and caging them, either alone or in forced families?

Animal rights advocates fought to save Honey for two whole years, but Honey would never know there were people who wanted to see her free again. Instead, she died without ever seeing another dolphin.

Honey should have never been in captivity in the first place. She was captured in 2005 during a Taiji hunt, during which scared dolphins are chased into a cove. Cornered, they are rounded up and either slaughtered or sold to dolphinariums where they will meet the same sad fate as Honey.

Please help us end Taiji hunts for good so that dolphins can live and thrive in the wild, where they belong. Sign the petition and demand that the Japanese government end the cruel practice of Taiji hunts!
Sign Petition
SHAREShare this petition with friends!TWEETEMAILEMBED
Sign Petition
See more petitions:
You have JavaScript disabled. Without it, our site might not function properly.