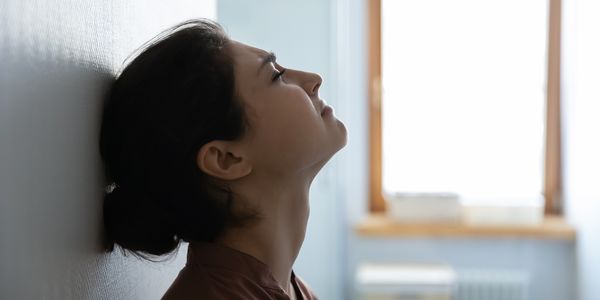 Women in Missouri May Not Be Able to Get a Divorce Finalized While Pregnant. Post-Roe Politics Make This Even Scarier.

If you thought we were beyond Victorian-era marriage laws in the United States, think again. According to Missouri law, a judge can delay a divorce finalization if one of the parties is pregnant. This horrifying law shows that the federal government must take immediate action to guarantee all people a right to a divorce – regardless of their pregnancy status!

Sign now to demand Congress to codify the right to a divorce at any time -- pregnant or not!

The details of the policy are extremely insidious, and gives judges the power to keep pregnant people locked into relationships regardless of the circumstances. The law claims that the rationale is because a custody agreement should be reached before a divorce happens, but custody agreements can't happen or be put in place until a child is born. Even before the overturning of Roe v. Wade, this allowed people to be left people suffering from any kind of abuse in an extremely precarious position, legally bound to a relationship regardless of their wants and needs. Now, in a post-Roe world, the implications are even more dire. Missouri was the first state to outlaw abortion after Roe v. Wade was overturned, with zero exceptions. If people can't access the abortion services or reproductive care they need, and are forced to stay pregnant against their will, they may also be forced to stay in marriages, too. Together, these two forces can literally trap a pregnant person into deeply abusive -- and even fatal -- circumstances.

To make matters worse, Missouri is not the only state with such archaic and explicitly misogynistic laws. Arizona, Arkansas, and Texas all have similar laws, which goes to show that leaving the concept of freedom and autonomy to the states to decide sets a dangerous precedent. This is why we must put pressure on Congress to take action.

The federal government has already codified types of marriage into law, and the courts have affirmed those marriages -- including same-sex ones. Now, we must ask Congress to do the same for the right to a divorce at any time in a relationship. Sign the petition now if you agree!
Sign Petition
SHAREShare With FriendsTWEETEMAILEMBED
Sign Petition
See more petitions:
You have JavaScript disabled. Without it, our site might not function properly.

Care2
Women in Missouri May Not Be Able to Get a Divorce Finalized While Pregnant. Post-Roe Politics Make This Even Scarier.
SHARETWEET