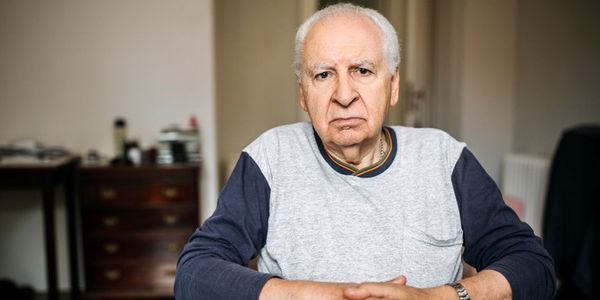 Police Shot A 61-Year-Old Man in a Wheelchair Nine Times... In the Back

An officer in Tucson, Arizona recently decided to shoot an aging man in a wheelchair nine times as he left a Walmart. On top of everything else, this officer shot this 61-year-old man in his back as the man was wheeling away in a different direction. And he's now dead.

Sign the petition to demand that authorities bring charges against this dangerous cop.

61-year-old Richard Lee Richards was accused of supposedly stealing an item from a local Walmart, so an employee called the cops. That's when Officers Ryan Remington and Stephanie Taylor arrived on the scene. What happened next was gruesome -- and we wouldn't even know about it if it weren't for the fact that Taylor was wearing her body cam with the video turned on.

Without ever warning he would shoot, Officer Remington opened fire. Video evidence shows he merely told Richards to "not go into [another] store" nearby. His partner Taylor then told the elderly man "Stop now. You need to--." But before she could even finish her sentence and complete her warning, Officer Ryan Remington had begun shooting.

By the time the bloodbath was over, Remington had discharged nine bullets into Richards' body, mostly into his back, until his bullet-ridden body slumped out of his wheelchair. All were at close range. And to add insult to injury, footage appears to show the cop then walking up to Richards and pulling his limp hands behind his body to handcuff him.

Richard Lee Richards, a human being, died there at the scene, before he even made it to a hospital.

This atrocity was so egregious, the Tucson Police Department actually decided to immediately fire the officer of its own volition. Since departments usually fight tooth and nail to avoid firing a Killer Cop, this just shows how horrifically trigger-happy Officer Remington was. But simply being off the force is not enough. This man is a danger to society -- and he's now a recorded killer.

Tell Arizona authorities to bring charges against former Officer Ryan Remington, a Killer Cop, and also urge the U.S. Department of Justice to investigate this deadly police shooting!
Sign Petition
SHAREShare With FriendsTWEETEMAILEMBED
Sign Petition
See more petitions:
You have JavaScript disabled. Without it, our site might not function properly.

Care2
Police Shot A 61-Year-Old Man in a Wheelchair Nine Times... In the Back
SHARETWEET