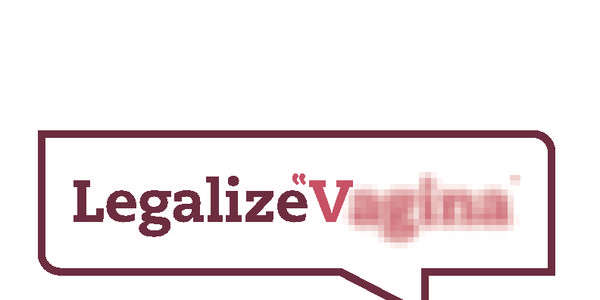 Stop Censorship of the Information Related to Women's Health

Words matter. Words matter so much that when we do not use the right ones, or when we use the wrong ones, we create problems within our society. One word in particular is very important for all of us to use instead of silly or demeaning names. The word is vagina. However, there are forces at work that do not want us to use this word (aloud or in writing). It has been labeled inappropriate, vulgar, offensive- even profane.

Use of the word Vagina (and the conversation around it) is banned in many forms of media and advertising, including some TV networks, Facebook, and Google, even though we see ads about the dangers of a 4-hour erection 24/7. On the internet, where all forms of perversity are available at the click of a mouse, we still cannot use the anatomically correct term for specific female anatomy, including the word vagina.

Our goal is simple: give everyone the power to use the word vagina openly and honestly. We are banding together to create a movement - the Legalize Vagina movement. The word Vagina is powerful, and so are you. But it's going to take all of us to legalize Vagina. We know it might sound ridiculous, but the idea is to raise awareness about the importance of women's sexual health and wellbeing and we cannot do so unless we tackle this issue.

The Legalize V campaign is a collaborative effort of female entrepreneurs and leaders in the Health and Wellness space including:

With your help, we hope to begin to normalize the conversation surrounding sexual health and wellness while creating an open and honest environment where both women and men feel comfortable speaking openly and honestly about their bodies with their health care providers, family and or friends. Legalizing the word vagina is just the first step we can take to eliminate unfair and harmful censorship altogether.

So join us. Join the movement and help us legalize Vagina, or Legalize V, for short. Sign this petition asking Sheryl Sandberg, Chief Operating Officer of Facebook, to bring light to this taboo and join us in taking the lead by changing their guidelines surrounding sexual health and well-being content on Facebook giving everyone access to un-biased information relating to sexual health and overall wellness. From there, we hope to target additional corporations such as Google and national broadcast networks. It is just the beginning, but with your help, we hope the Legalize Vagina movement can create an environment of openness without shame.

We are reaching out to you as one of the most influential women and leaders in our country.  We believe if we could share with you our concerns, you and your colleagues would have an open mind and would be willing to lead change.

Words matter. One word that is exceptionally important to us in women’s health and wellbeing is “vagina.” As we are sure you know, use of the word Vagina (and the conversation around it) is banned in many forms of media and advertising. This seems hard to believe seeing as we are bombarded by ads warning of the dangers of a 4-hour erection everywhere. Thanks to remnants of the antiquated Comstock ruling of the 1800’s (banning sexual content), even when trying to recruit women for a clinical study about vaginal health issues, our advertisements are rejected. Facebook deemed a health organization’s message of safe sex inappropriate content and prohibited the organization from posting messages about condoms and their ability to protect against HIV and STDs. How are health advocacy groups supposed to educate the public if they are banned from using proper terminology? They cannot.

Did you know that experts say women are less likely to report sexual abuse when they haven’t learned and don’t use anatomically correct language for their bodies? In a recent survey, 2/3rds of young women said they’d be too embarrassed to use the word Vagina at the doctor’s office. Girls as young as 15 are asking their clinicians about genital cosmetic surgery because they are concerned that their vaginas don’t look “normal.” These are all real concerns and issues that a health care provider could address; however, a recent study shows that more than half (57%) of young women turn to the internet to seek information instead of seeking help from a medical professional. It’s not just women who are turning to the internet for information related to sexual health. 89% of teenagers say they learn about sexual-health issues online, making it the most likely source where teens are getting information.

That’s where you can help take the lead. “Legalize Vagina” so that we can give women, and even men the information they need to make healthy decisions and life choices. As a first step, we are asking you to reevaluate Facebook’s stated policies and guidelines so that information and education surrounding the female anatomy is not considered profane and prohibited from the platform. This will allow health and wellness organizations to educate consumers using proper terminology. With access to this type of information and education, we can normalize the conversation and begin to chip away at the shame both women and men may feel when talking about sexuality and sexual health.

The Supporters of Legalize “V”