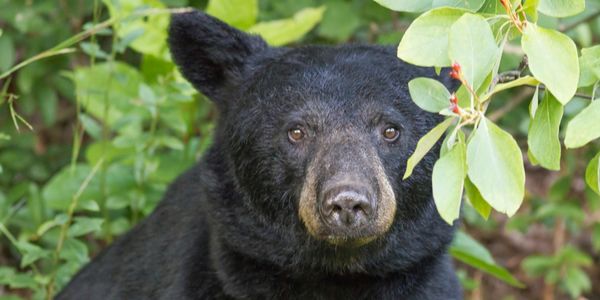 They are going to kill this bear just for being curious!

The American black bear is as fundamental to North America as any other animal. Their omnivorous lifestyle allows them to thrive in many different environments, and they tend to be wary enough of humans to steer clear -- even with human development taking over much of their habitat.

But in a city just to the east of Vancouver, Coquitlam, a curious bear didn't clear out of its own environment fast enough. The poor thing didn't hurt anybody, but because of a harmless interaction with a human, the bear may be sentenced to death.

Sign the petition and demand that when the British Columbia Conservation Officer Service catches this inquisitive bear, they relocate it! It is unnecessary, inhumane, and ineffective to execute a bear like this.

The incident happened on a popular trail, caught on cellphone video by a man who frequents the steep climbing path. A woman, jogging on her descent, was caught off guard when a black bear slowly crossed her path and blocked her from moving forward. Showing no signs of aggression but rather curiosity, the gentle animal hesitantly reached out its paw and tapped the jogger's leg. The bear then immediately turned away and made enough room for the jogger to pass. The woman safely descended the rest of the trail, and the bystanders dispersed.

But now, the B.C. Conservation Officer Service has set traps for the bear and have admitted that they might euthanize it! This is not only an overreaction, but will do nothing in the long run to deter bears from interaction with more humans. Human development has brought us closer than ever to bears' habitats, who travel miles a day in search of food, shelter, and exercise. How can we expect them to not wander into the wrong place at the wrong time?

There are myriad other options that are more humane and more effective than euthanizing this innocent bear. Karelian Bear Dogs, for example, are hardworking pups who clear bears out of areas where they shouldn't be for the safety of humans and bears alike. This method, called "hazing," when combined with necessary bear relocations, teaches many bears over time to steer clear of certain spots, creating long lasting desirable habits.

The city of Coquitlam should also consider its own role in attracting bears -- what are the city's trash pickup and management techniques? Is the public being educated on carrying bear spray, deterrent whistles, and what to do if one comes face to face with a bear? Since this city is in bear territory, they're the ones who are responsible for human/bear interactions -- not the bears.

This bear, when trapped, should be relocated and this trail should be hazed so that humans are safe and bears do not suffer. Human selfishness cannot get in the way of wild animals being wild -- and, just as importantly, remaining alive.

Please sign the petition today and implore B.C. conservation officers to have mercy on this poor bear who did not hurt anybody! When it is trapped, it should be relocated. Then, the city of Coquitlam needs to make real investments to maintain healthy relationships between bears and humans.

Care2
They are going to kill this bear just for being curious!
SHARETWEET