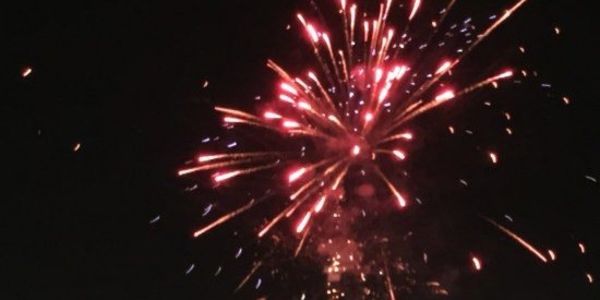 Strengthen the firework laws in Pennsylvania.

2017 Act 43 law allows Pennsylvanians to legally buy and light fireworks that shoot into the air such as roman candles, bottle rockets, and other devices that fly into the air.

Since fireworks have become legal to purchase, there has been an increase in firework related injuries and fires.

In Reading, PA illegal fireworks sparked a fire last summer that caused more than 50,000 in damage to a middle school. And an 11-year old died last summer in a Pittston, Luzerne County, house fire caused by fireworks.

In June of 2019, McKinley Elementary School in Allentown was started on fire from fireworks landing on the roof of the school.

From the WFMZ article:
"The lot in the playground, it was littered with debris from fireworks," says Allentown Fire Department Captain John Christopher

Which Captain Christopher says have caused huge problems in Allentown.

"The last couple of years it's gotten worse since it is legal to purchase fireworks but it's still illegal to use them in the city," he says.

The law says you have to be 150 feet from any occupied structure to set them off but that's next to impossible in Allentown. Christopher says it's even harder for police to enforce.

"They used to be able to confiscate them. Now you pretty much don't have that ability so you have to tell people don't use them but you have to walk away and they still have a box of fireworks there," said Christopher.

And the heat is about to turn up with the 4th of July on Thursday. In 2013, almost half of the fires on Independence Day were started by fireworks. It results in a spike in emergency rooms visits for fireworks-related injuries.

"That's right next to residential row homes. You catch the roof of one of those row homes going, you could displace multiple families," he says."

Even though the law says you have to be 150 feet from any occupied structure to set them off and that's next to impossible in Allentown, it has not stopped residents from setting them off in neighborhoods throughout the city.

For the past couple months, residents have set off fireworks all over the city every night and it's worse on weekends.

Local police have said it is impossible to appropriately enforce something that is sold at countless stores.

Residents shoot them off close to homes and vehicles. Sometimes they even shoot them off towards vehicles and homes. The debris from the fireworks end up hitting homes and land in our yards.

There are some nights that people can't sleep because of the constant explosions from the fireworks. People try to close their windows and turn on air conditioning to muffle some of the sound.

Municipal fire officials say they worry about the increased calls for fire or injury because of the use of fireworks.

Currently the violation of current firework laws is punishable by a fine of up to $100.

Not only are fireworks a quality of life concern and a fire risk, they are also terrifying and overwhelming for pets⁠—and possibly hazardous.

From the Humane Society of the United States:
"Many pets become so frightened by the noise and commotion of fireworks that they run from otherwise familiar environments and people, and sadly become lost. Pets are more sensitive to loud noises, flashing lights and strong smells.

City or community firework shows aren't usually the problem. Everyone knows when those shows are happening and they can plan accordingly.

But fireworks and illegal firecrackers set off randomly anywhere, at any time of the day or night can be the worst triggers for PTSD…especially those earth-shaking booms that send terrified pets scrambling under the bed.

From the U.S. Consumer Product Safety Commission:
"The thrill of fireworks can also bring pain. On average, 180 people go to the emergency room every day with fireworks-related injuries in the month around the July 4th holiday. Remember, fireworks can be dangerous, causing serious burn and eye injuries.

Fireworks were involved in an estimated 9,100 injuries treated in U.S. hospital emergency departments during calendar year 2018.

Forty-four percent of the emergency department-treated injuries were burns. Burns were the most common injury to hands, fingers, and arms."

We are petitioning Pennsylvania state officials to strengthen the firework laws and give local police departments the ability to confiscate fireworks used illegally to prevent injuries and fires as well as increase the quality of life for residents and their pets.