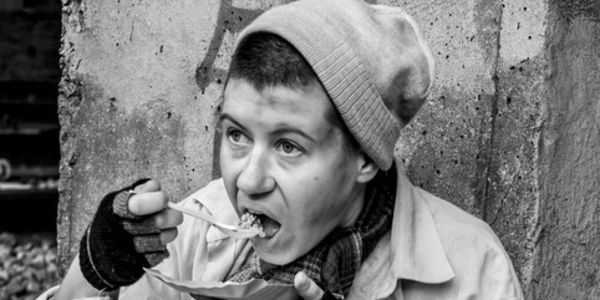 You're sleeping rough, without anywhere safe and warm to call home. You're hungry and you're cold. What would you do if someone offered you a hot cup of tea and a sandwich? Would you say yes?

If you're in South Tyneside, you have to say no, or risk a fine of £100. Please sign this petition to demand and end to this cruel new rule.

The ban is allegedly an attempt to crack down on street drinking and antisocial behaviour. But denying rough sleepers food and hot drinks is antisocial in itself, and won't fix any problems.

Father Chris Fuller, who works with homeless people in South Shields, says: ''This order means that people who are homeless and who are sitting on the streets may end up being fined if someone pops into Greggs and buys them a coffee or a pasty out of the goodness of their heart. It's now freezing and to potentially penalise someone for receiving a donation of warm clothing, food or a drink is just rather mean."

The council has defended the rules by saying they have not been used to penalise people for receiving food, and are meant to be for tackling ''professional begging''. However, Father Fuller reports that people he cares for have already received warning letters for accepting money which they used to buy themselves food.

The current rules can easily be used to target vulnerable, hungry people. Please sign this petition to demand that South Tyneside Council change the rules so that rough sleepers cannot be penalised for accepting food or drink.

It is not right to fine homeless people for accepting food or drink.

Nobody should be left hungry or cold, and there is no acceptable justification for stopping homeless people from receiving basic human necessities.

Accepting food or drink is not ''antisocial'', so this rule should not be part of tackling antisocial behaviour. Please get rid of this shameful and inhumane restriction to the rights of homeless people in your area.