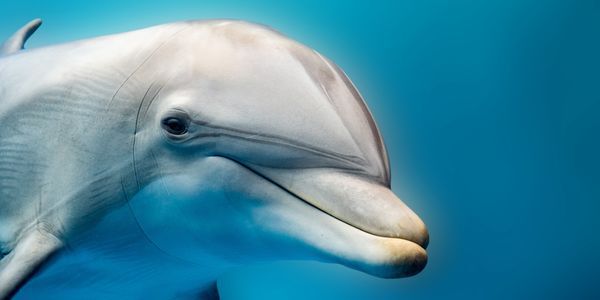 We can end dolphin suffering and still get that iconic photo op -- humanely.

Ripped away from their families, dolphins are forced to perform the same unnatural tricks over and over again in tiny tanks filled with water that must taste and feel so foreign to them. Born into captivity, their babies will never know the beautiful oceans that they should've been birthed into. These captive marine mammals grow restless, confused, and angry; they turn to self-harm and aggression towards their tankmates, who they were forced to coexist with even though, in the wild, dolphin families are highly particular and complex. They become depressed and lethargic, making them unable to recover from investable disease or infection. But what if there were something that looked just like the iconic dolphin that could swim, perform, and even interact heavily with humans, all without the ecological, emotional, or ethical drawbacks? This replacement is so realistic that a test audience thought it was a real dolphin. But it's a robot.

Sign the petition if you want to see these highly advanced robots used in place of the depressed, aggressive, and mistreated dolphins in captivity. The Association of Zoos and Aquariums should make phasing out marine mammal captivity and replacing them with these robots one of the requirements for all its members!

This robot was invented by entrepreneurs in New Zealand and the United States, who say they were driven by making the industry way more humane, while keeping aquarium doors open and revenue up.

Profits from crowd-drawing aquariums have been hurting for some time now following the popularity of documentaries like Blackfish, which detailed the brutal capture and containment of the killer whale Tilikum, whose tragic life ended like so many other imprisoned aquatic mammals before him -- 'Tilly' succumbed to a bacterial infection that is all too common when these wild animals are forced into unnaturally tiny tanks filled with chemically treated, recycled saltwater. The sweet whale was stolen from the wild at just two years old, and when his captors attempted to force him into social structures with strange whales he never would have met in the wild, he was met with aggression and rejection. His entire life was thrown off course, and he would live out the rest of his days depressed and angry -- so angry, in fact, that he killed three people.

Tilly's sad story is, without a doubt, a glimpse into the wider dynamics of all aquariums that foolishly attempt to keep these animals away from their natural habitat, their original families, and the wide, open oceans. And the public is waking up to these abusive patterns in aquariums worldwide. But orcas, dolphins, and whales are magical creatures. They are highly intelligent, complexly evolved, and an absolute delight to witness. If we are able to get up close with them, it is far easier to understand why their conservation -- their survival in our world -- matters so deeply. Education is key, and these highly realistic robots are the perfect subjects.

You would think that at the steep price of advanced technology, these robots could not actually be realistic replacements for aquariums' animal assets (and believe us, that's all they think of these animals as -- assets). But considering that aquariums pay tens of thousands of dollars to buy dolphins, and millions to buy whales and orcas, it seems like they can afford this more humane option. Plus, its designers boast that it costs far less time and money to care for the non-sentient lookalikes.

Aquariums so often use the excuse of conservation and education to hide behind their torturous imprisonment of dolphins and other marine mammals like them. But with these new, realistic robots, we can continue to experience and educate ourselves about them while allowing their populations to thrive in the wild, where they belong. Everyone wins, especially the abused creatures who have only continued to lose up until now.

Sign the petition demand that the Association of Zoos and Aquariums change their accreditation standards so that no aquarium can hold standing with them unless they commit to phasing out marine mammal captivity and replacing the cruel practice with these educational robots, plus conservation efforts in the wild

Care2
We can end dolphin suffering and still get that iconic photo op -- humanely.
SHARETWEET